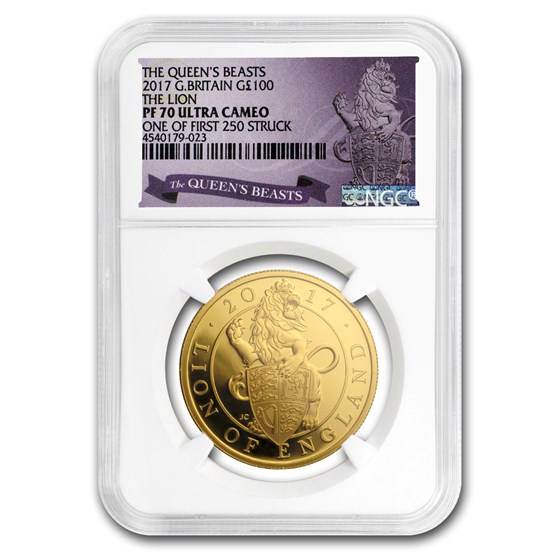 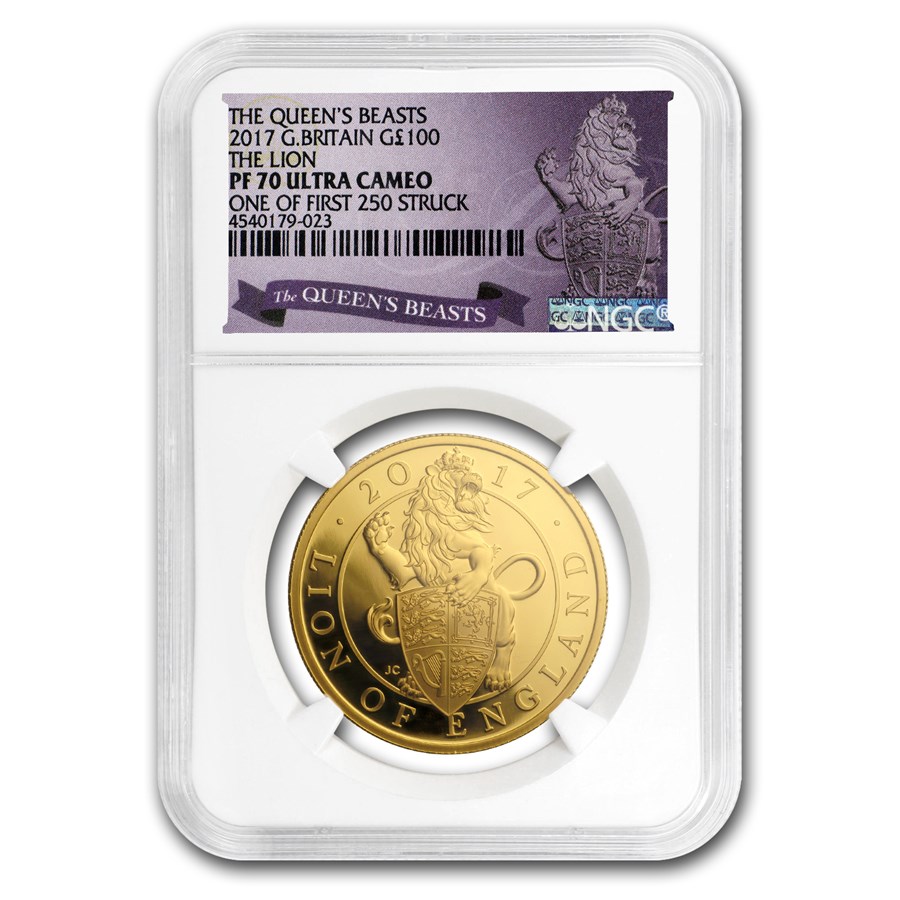 $2,054.79
As Low As
Product Details
Product Details
The popular Queen's Beast bullion series inspired a Proof collection also commemorating these famous beasts. The first in the collection, the Lion, is sold out at the Mint and difficult to find. This coin is certified a perfect Proof-70 by NGC.

This majestic coin is a must-have for any collection! Add this PF-70 graded 2017 Great Britain Proof 1 oz Gold Queen's Beasts Lion to your cart today!