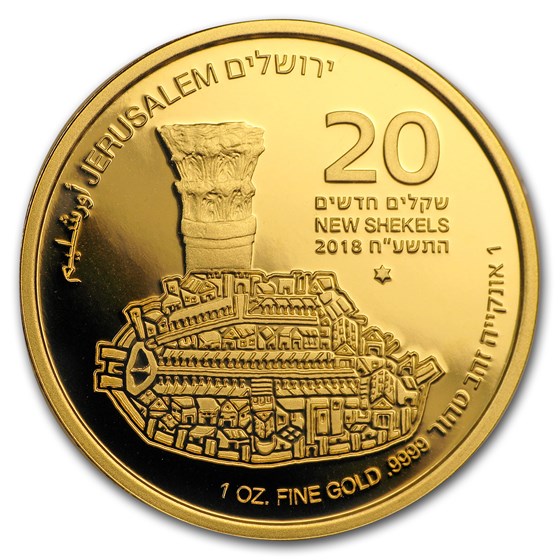 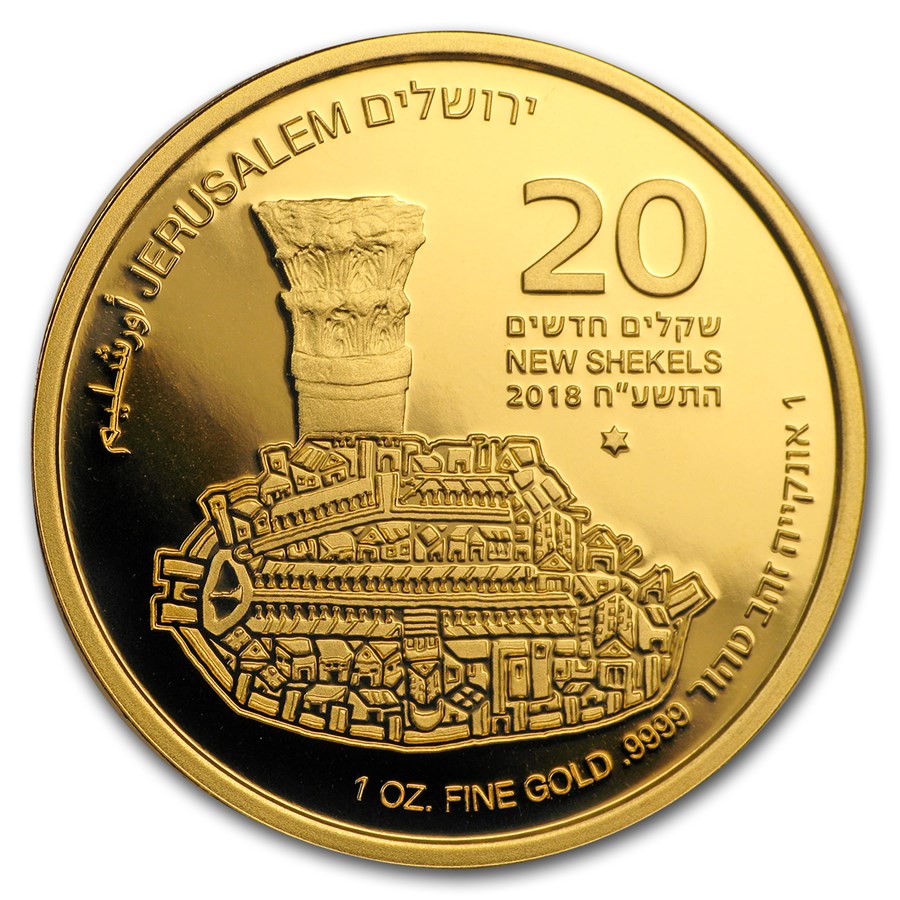 Your purchase will match the quality of the product shown.
Product Details
Product Details
The Cardo was a main street, the heart of a city and trade center which ran from north to south in Roman cities. The 2018 Israel Gold Bullion coin issue commemorates the Cardo of Aelia Capitolina, the Roman city built by Hadrian on the ruins of Jerusalem.

Running from Damascus Gate in the north of the city, this Cardo was further extended southwards to the Zion Gate by the Emperor Justinius in the 6th century Byzantine period.

Coin Highlights:
Each of the Holy Land Mint's products holds a uniquely historic legacy that is complimented by their renowned reputation for the highest quality coins and rounds. Add this 2018 1 oz Gold Israel coin commemorating the Cardo of Aelila Capitolina to your collection today!

The mosaic map of Jerusalem discovered on a sixth-century Byzantine church floor in Madaba, Jordan, shows the original route of the Cardo and excavations in the Jewish Quarter of the Old City of Jerusalem revealed parts of it. The Cardo had an open roadway in the center for carriages and animals. For pedestrians, there were roofed sidewalks supported by pillars crowned with impressive Byzantinian-style Corinthian capitals.

Today, the restored Cardo in the Old City has become a lively touristic area, reflecting the history of Jerusalem. Along the colonnaded street, modern shops have taken the place of Roman shops that were once there. Day after day, people from all over the world walk along the sidewalk, treading on the same stones, alongside the same stone pillars, all of which are imbued with the unique, enchanting atmosphere of Jerusalem.