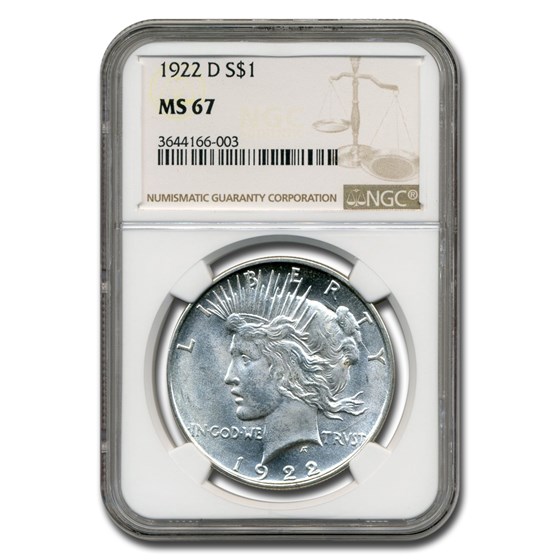 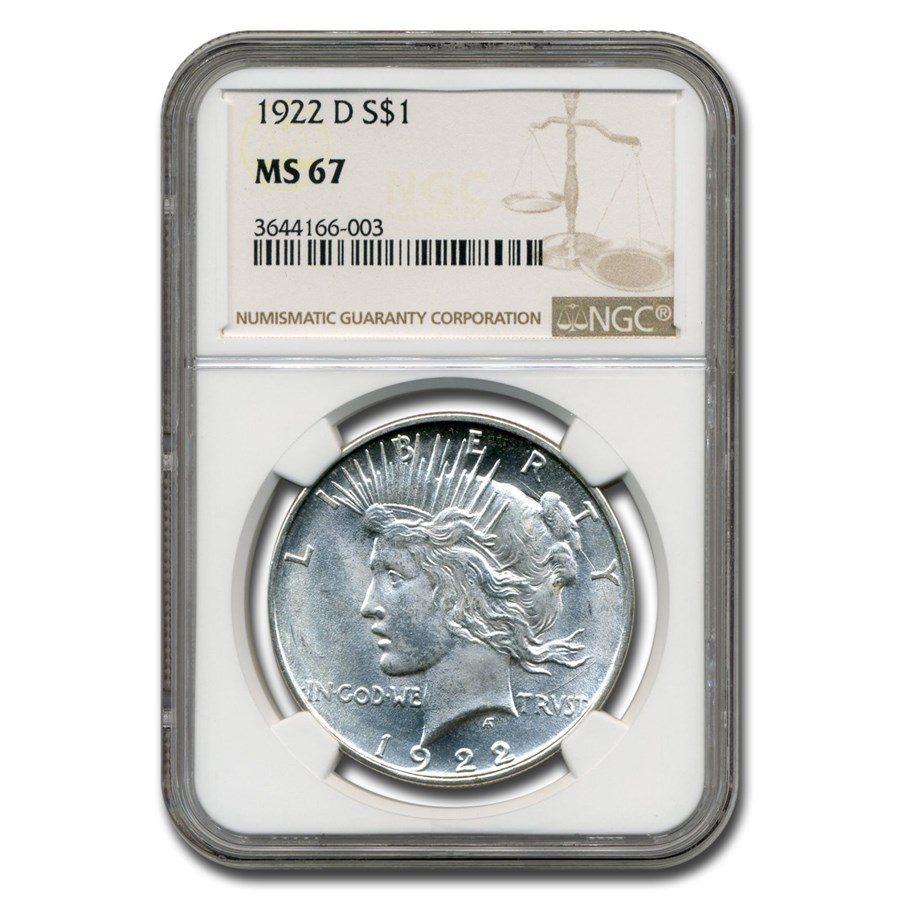 Your purchase will match the quality of the product shown.
Product Details
Product Details
This 1922-D Peace Dollar has been certified as MS-67 by NGC, one of the top coin grading services in the industry. This coin has a population of only 21 coins!


Showcase your certified 1922 Peace Dollar by adding a presentation box to your order.

Bring a piece of history to your collection by adding this 1922-D Peace Dollar graded MS-67 by NGC to your cart today!

The Silver Peace dollar was created as a result of a call, by President Woodrow Wilson through his Secretary of the Treasury William McAdoo, for a coin to celebrate peace. This was necessitated by the outbreak of war in Europe and a Silver Trade Dollar shortage. The Silver Peace Dollar is very similar to the Morgan Silver Dollar for two reasons: 1) it has the same Silver fineness, and 2) it was designed by George T. Morgan, who also created the Silver Morgan Dollar and Silver Canadian Dollar. President Wilson wanted a coin with strong classic ties that could be presented as a gift to foreign heads of state or others which would not cause controversy domestically or internationally.