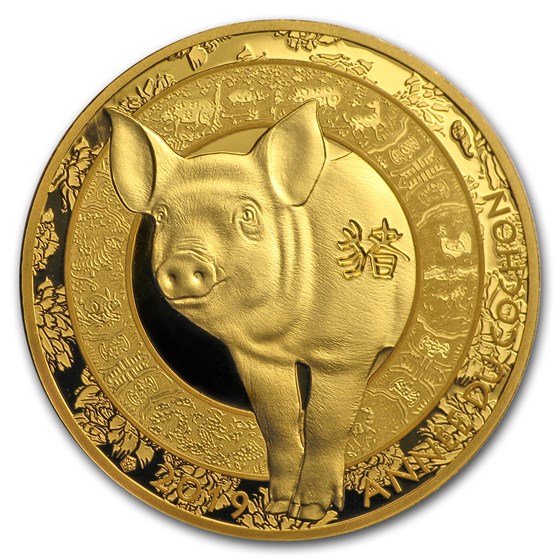 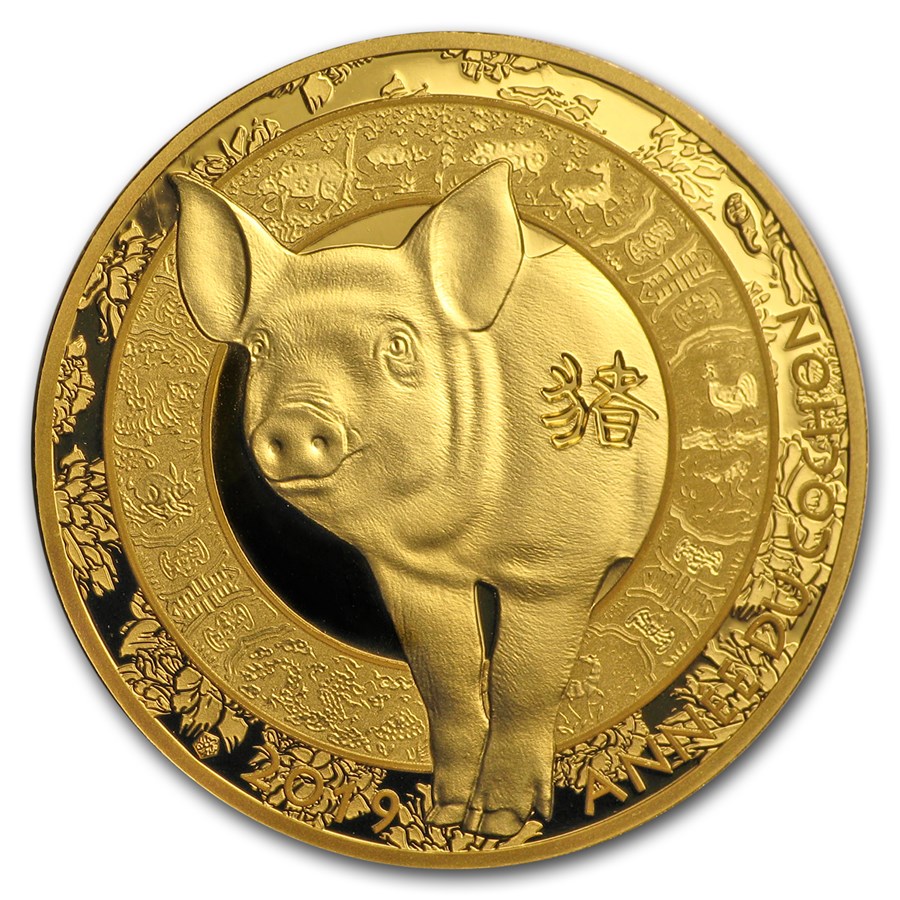 Coin Highlights:
This Gold coin would be a great addition to any collection or an ideal gift for a loved one. Add this 2019 France 1/4 oz Gold €50 Year of the Pig Proof (Lunar) coin to your cart today!

The pig is known to be diplomatic and sensitive. He is attentive toward his relatives, friends and family and likes to make those around him happy. He is honest and prefers thinking before acting. His reasonable side will allow him to weigh the pros and the cons instead of taking the plunge because of impulsiveness. Full of gentleness and kindness the Pig is loved by others and gains respect naturally.