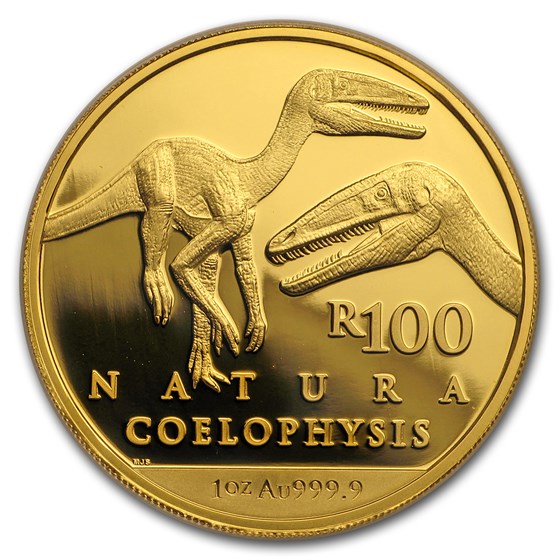 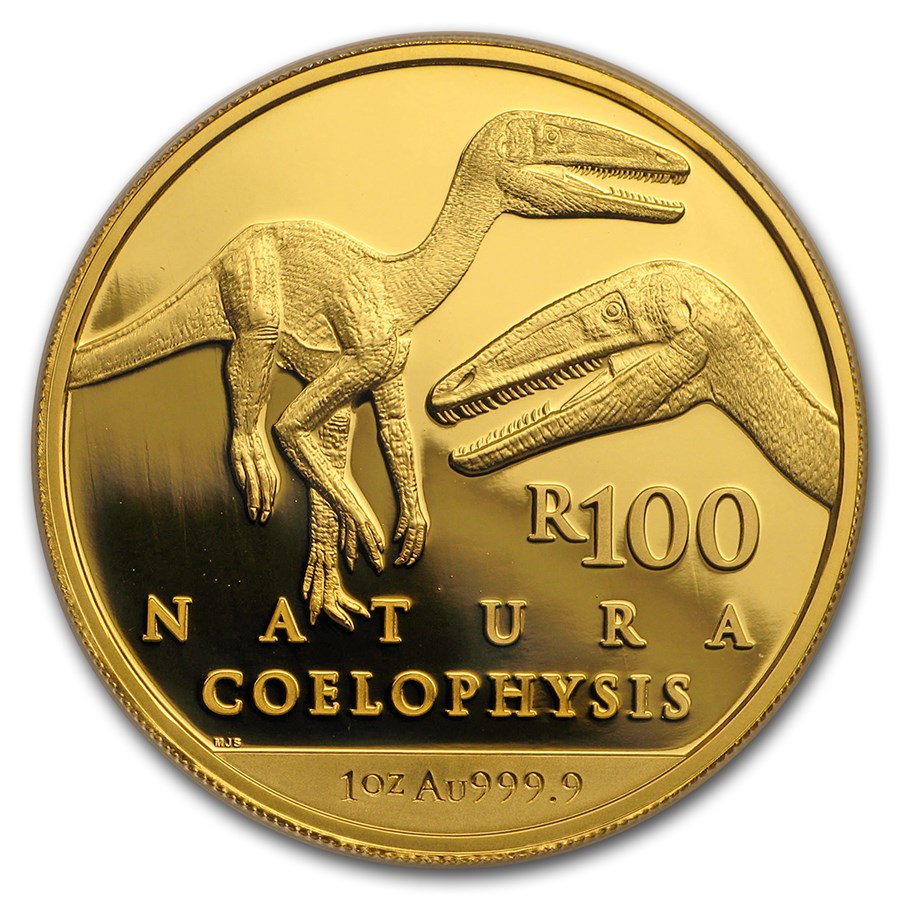 $2,061.09
As Low As
Product Details
Product Details
A new chapter in the award-winning Natura series begins with the introduction of Palaeontology. The first year will focus on dinosaurs. This beautiful 1 oz Gold coin has a worldwide mintage of 1,000.

Coelophysis rhodesiensis, a small, agile dinosaur which preyed on small animals, inhabited South Africa and Zimbabwe during the early part of the Jurassic period. This slenderly built, bipedal dinosaur grew up to 3 m long and weighed about 32 kg.