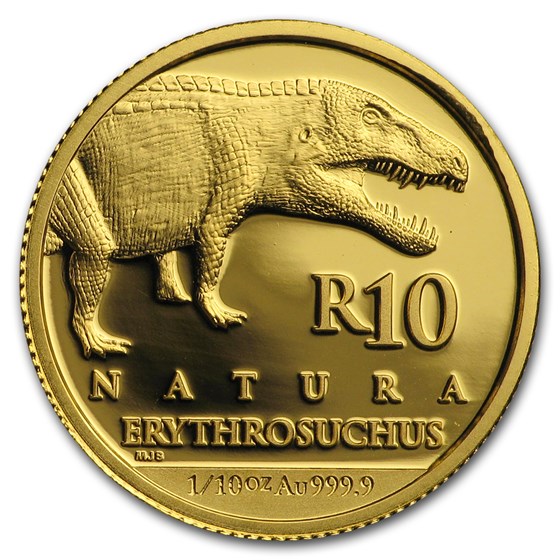 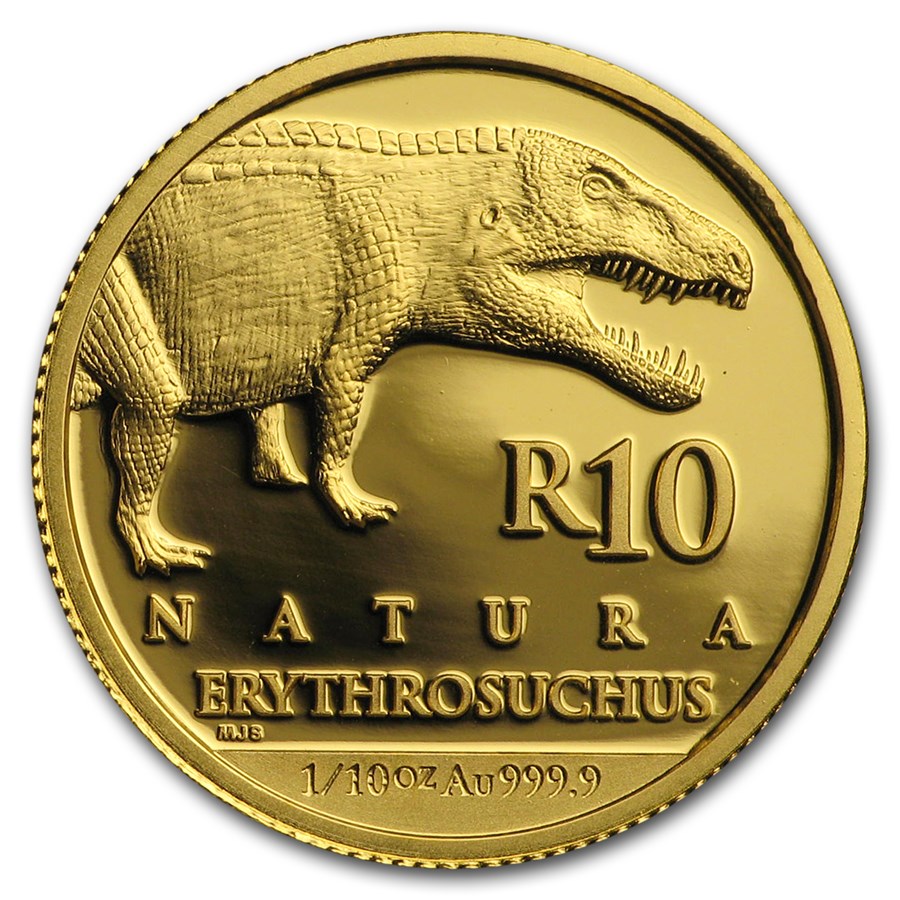 $2,164.69 $2,184.69
As Low As
16% Off The Premium
Product Details
Product Details
A new chapter in the award-winning Natura series begins with the introduction of Palaeontology. The first year will focus on dinosaurs. This beautiful 1/10 oz Gold coin has a worldwide mintage of 1,500.

The Natura series was first introduced in 1994 and has depicted South African wildlife animals. Erythrosuchidae were Archosauriforms from the late Triassic of South Africa and Namibia. The Erythrosuchus africanus was approximately 5 m long and stood over 2 m tall, making it the largest predator of the time. The Erythrosuchidae would have been at the top of the food pyramid, preying on all other terrestrial vertebrates.