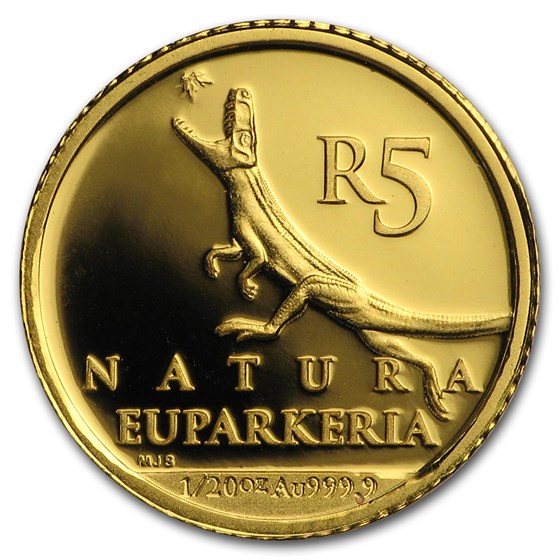 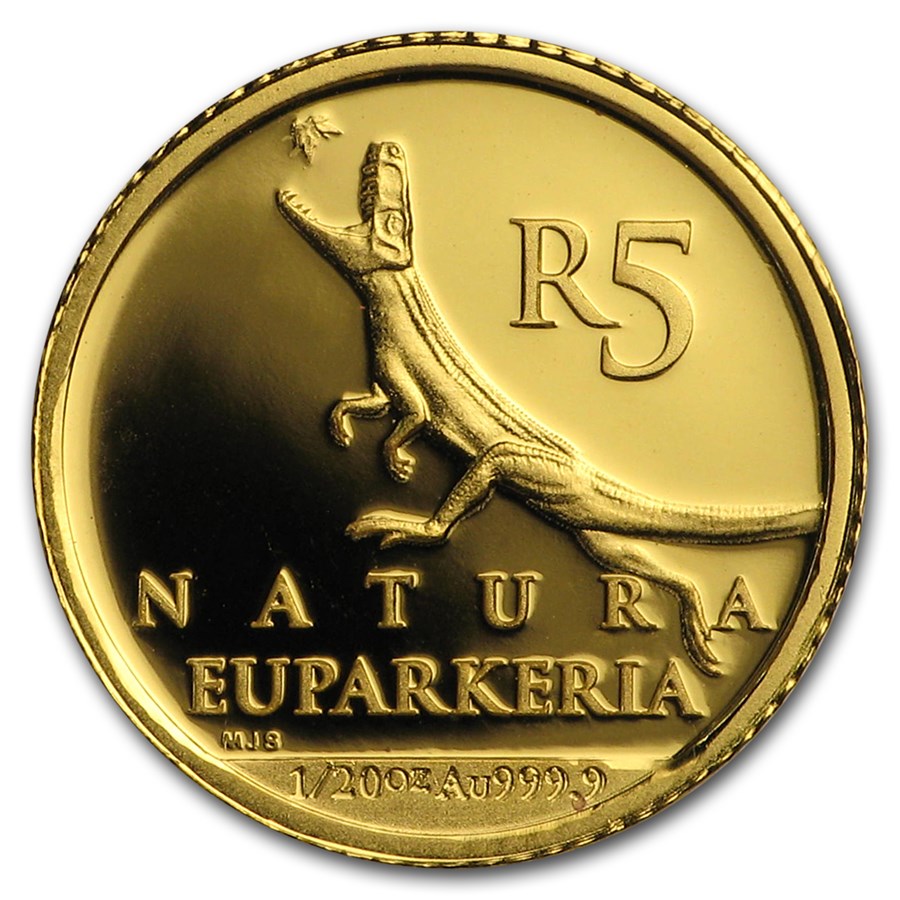 $2,158.09 $2,173.09
As Low As
12% Off The Premium
Product Details
Product Details
The Natura pure-Gold coin series was launched in 1994 and this is the second year this series has offered a 1/20 oz Gold coin. A new chapter in the award-winning Natura series begins with the introduction of Palaeontology.

The first year of the Palentology will focus on dinosaurs. This beautiful 1/20 oz Gold coin has a worldwide mintage of only 1,500.

The size, agility, speed and small sharp teeth of Euparkeria would have made it ideally suited to be an insectivore. Euparkeria was one of the first bipedal vertebrates with their legs longer than their arms, which suggest that they could move around quadropedally, but at times, such as when they were running, they could become facultative bipeds and run on their hind legs. Bipedalism became a very important evolutionary adaptation inherited by the archosaurs, including dinosaurs and birds.