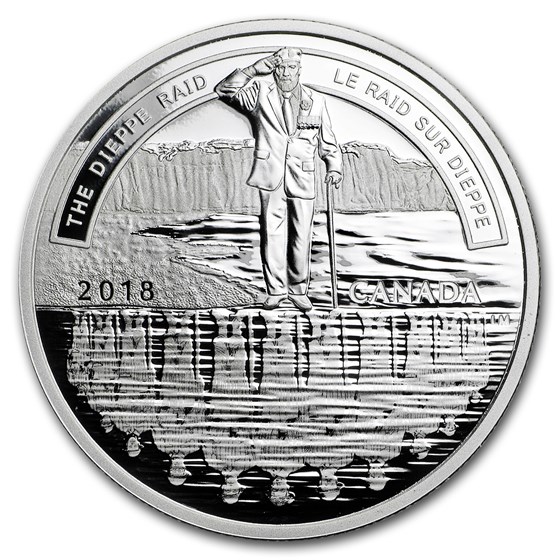 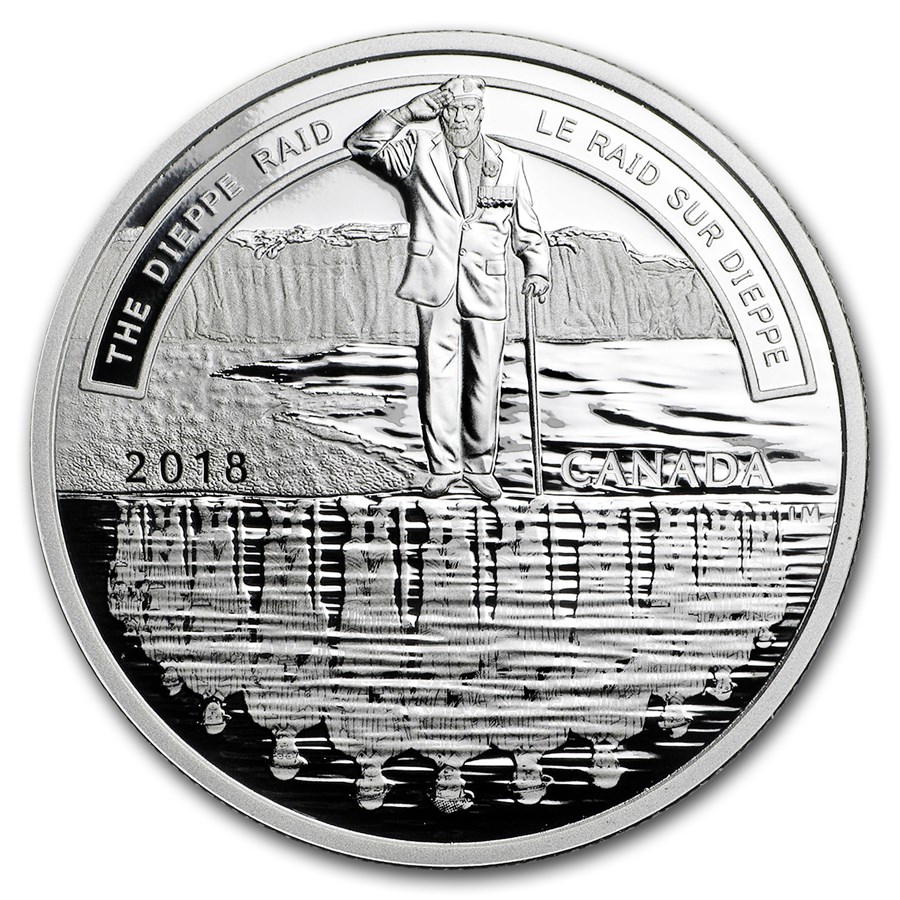 Product Details
Product Details
This fine Silver coin reflects on the legacy of the Dieppe Raid as a lesson in heroism, sacrifice and remembrance, represented by those who lived it and the many who never returned.

They are the brave, the heroic, the everyday Canadians who, over the course of nine terrible hours of fighting, would prove a nation’s mettle under a relentless hail of enemy fire.

Artist Laurie McGaw bridges the past and present with the poignant image of a Canadian veteran returning to the site of the 1942 landing at Dieppe, France. Standing at the water’s edge, the decorated veteran leans on his cane with his right arm raised in an open-palm salute. Prominently pinned on his blazer are two campaign stars, the 1939-45 Star and the France and Germany Star, alongside the Defence Medal, the Canadian Volunteer Service Medal with the Dieppe Bar and the Overseas Bar, and the War Medal. Behind him are the alabaster cliffs that gave the enemy a commanding view of the beach below, where Canadians came ashore under heavy enemy fire. Reflected on the water’s surface, the appearance of Canadian soldiers standing at attention is an additional act of remembrance for Canada’s combatants, whose actions and sacrifice at Dieppe will not be forgotten.