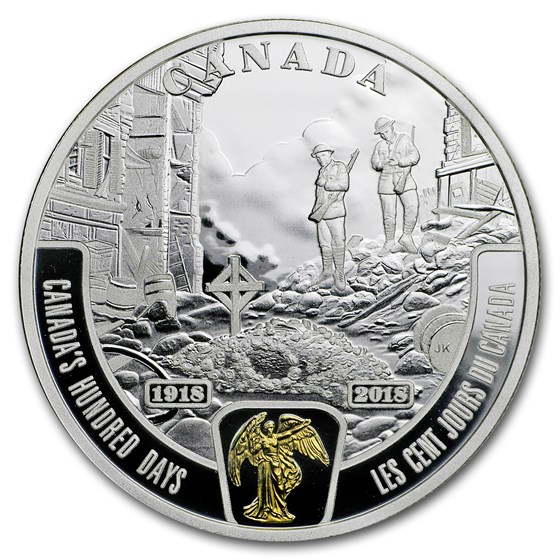 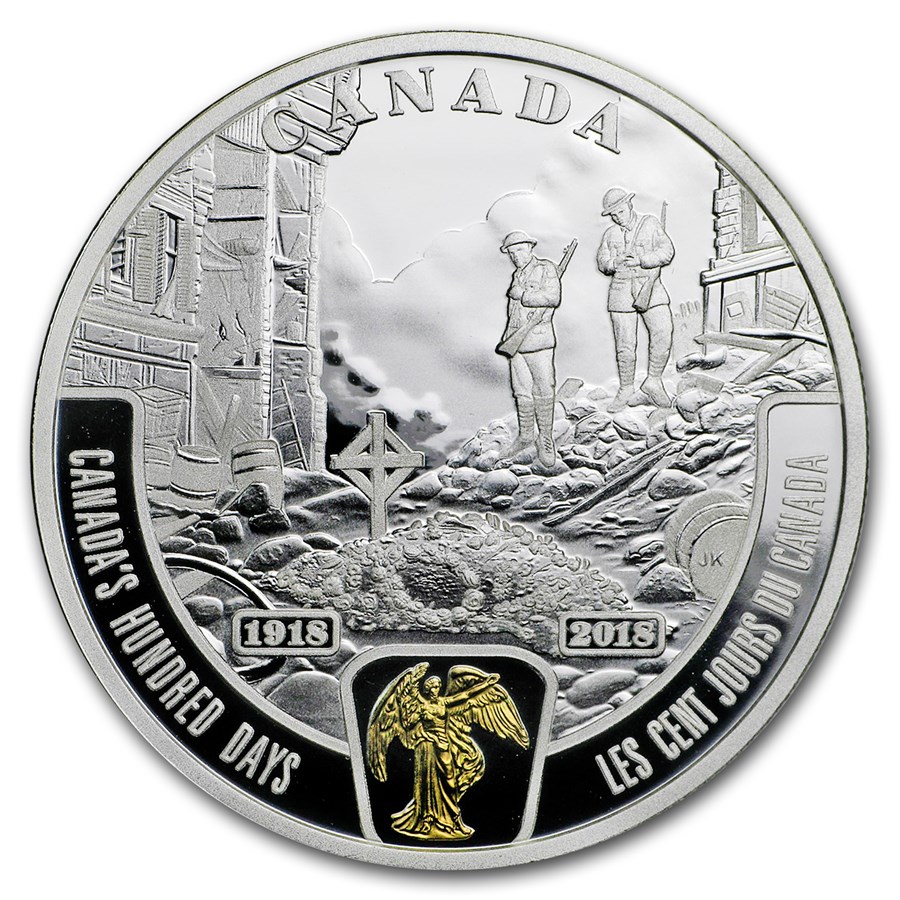 They were Canada’s Hundred Days: From August 8 to November 11, 1918, Canadian troops cemented their reputation as an elite fighting force with a string of costly victories that stretched from Amiens to Mons. The reverse of this commemorative coin reflects on Canada’s great military successes and its sacrifices during those Hundred Days, the penultimate chapter in our First World War: Battlefront series.