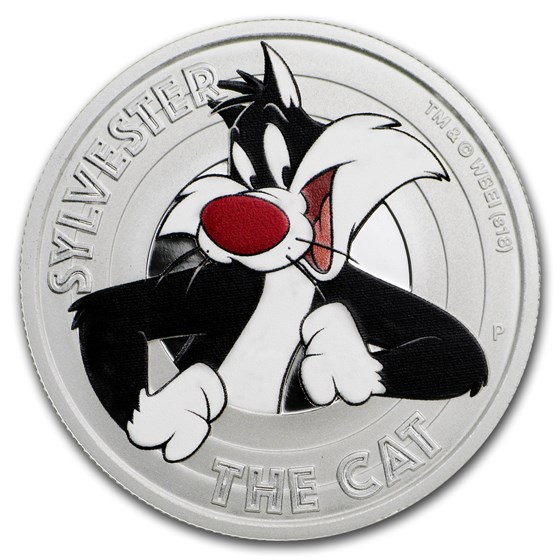 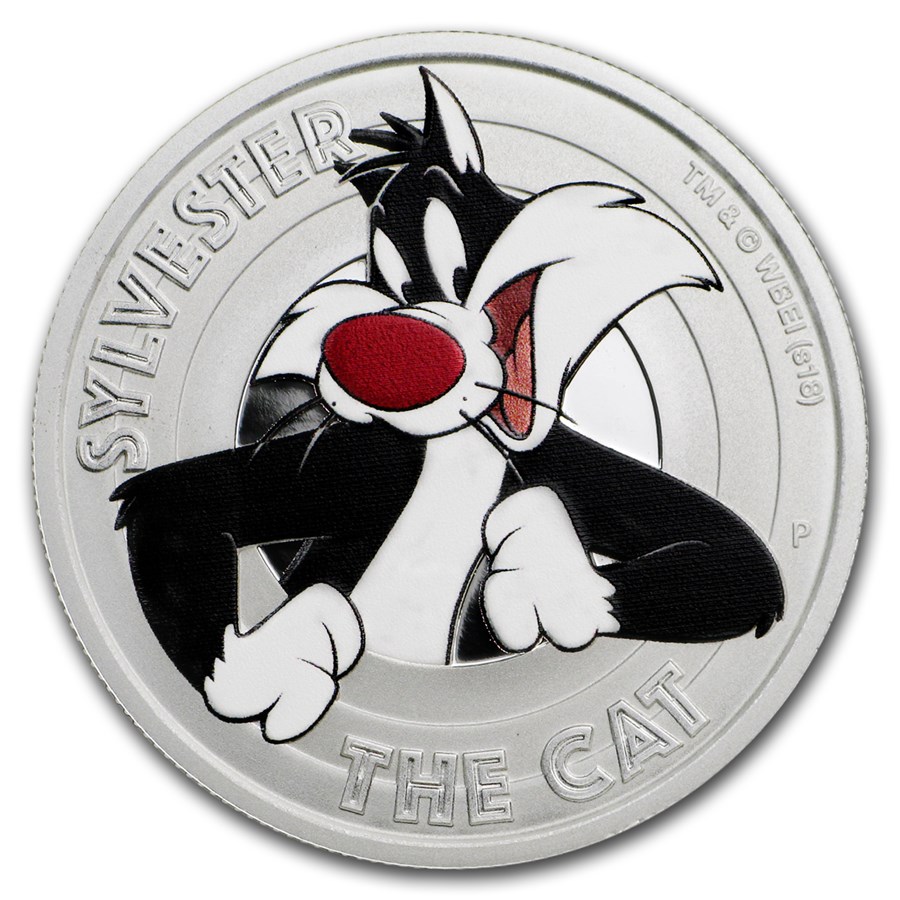 Sylvester J. Pussycat Sr., commonly known as Sylvester, first pounced on to screens in 1945. Like many of his stable mates from Leon Schlesinger Productions, SYLVESTER was created by Isadore ‘Friz’ Freleng, who adapted the feline character’s name from the Latin for wild cat, Felis silvestris.

Sylvester appeared in 103 cartoons during the golden age of American animation. Three of them in which he starred won Academy Awards, making the tuxedo cat the "owner" of more Oscar statuettes than any other Looney Tunes or Merrie Melodies character.

Stay tuned to collect them all. Order this 2018 Sylvester coin today!