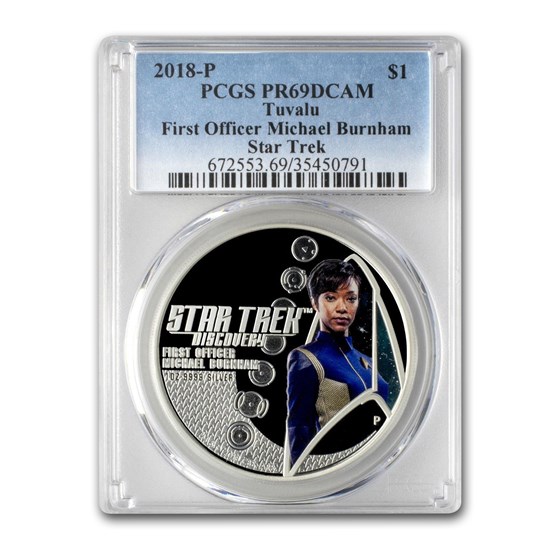 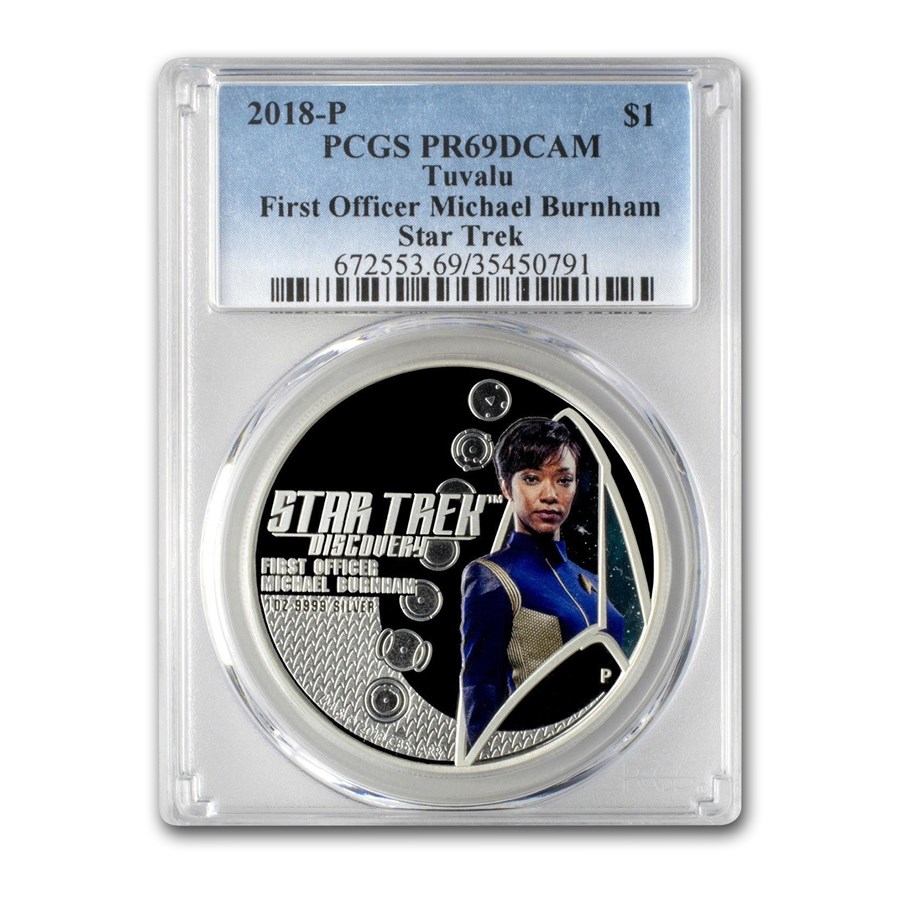 Your purchase will match the quality of the product shown.
Product Details
Product Details
From the Perth Mint comes the first officer Michael Burnham from the Star Trek series graded PR-69 DCAM by PCGS.