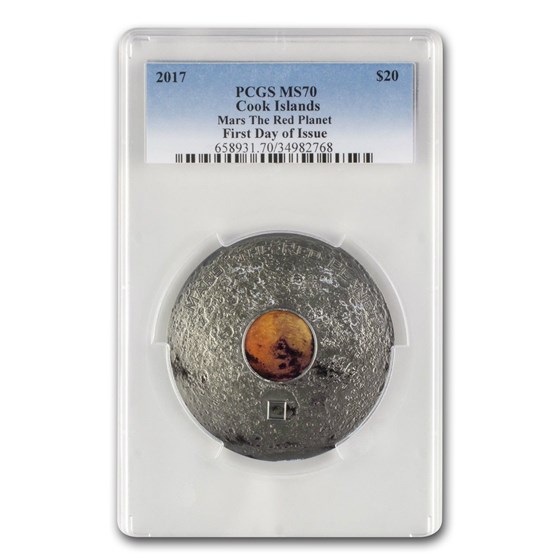 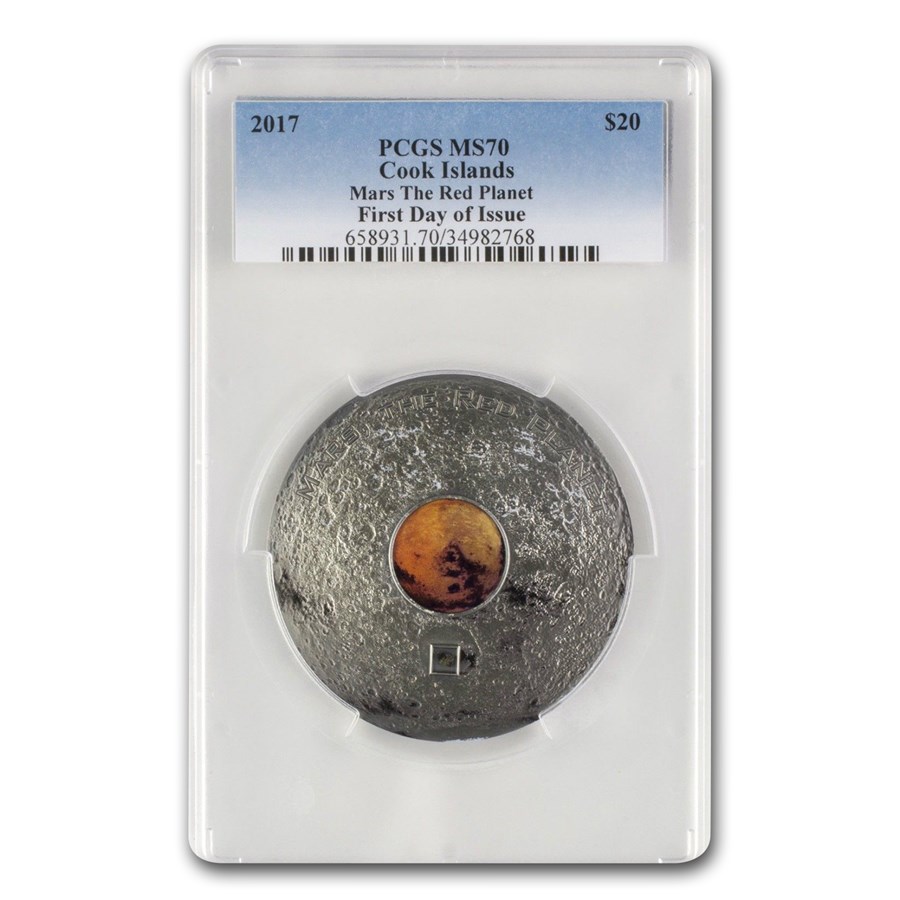 Coin Highlights:
A meteorite is a rock formed on the planet Mars and was then ejected from Mars by the impact of an asteroid or comet. This rock meteorite eventually lands on Earth. Add this 2017 Cook Islands 3 oz Silver Meteorite Mars The Red Planet coin to your cart today!