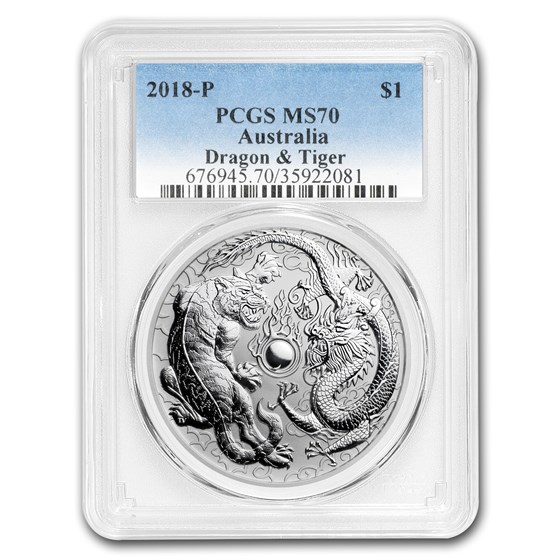 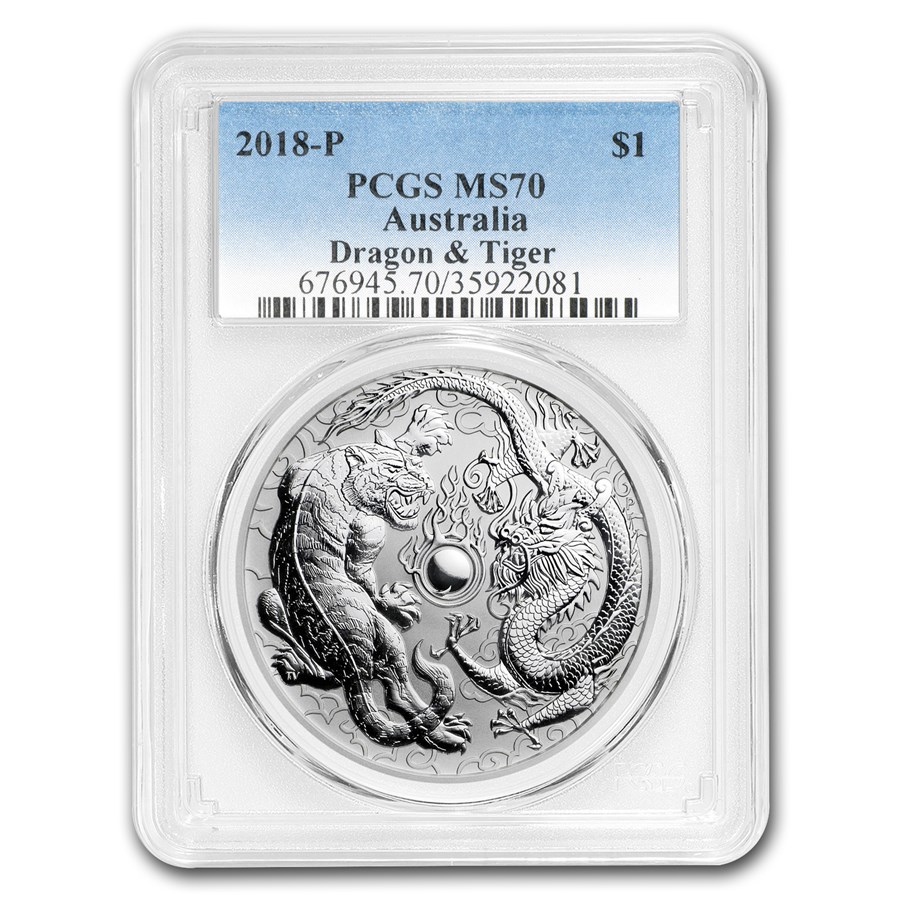 Product Details
Product Details
Second release from the Perth Mint is this limited mintage Silver bullion coin with a Chinese themed design honoring the dragon and tiger, both symbolic in nature. This coin was graded a perfect MS-70 by PCGS.

The coin’s reverse depicts exquisitely detailed representations of a dragon, a tiger and a flaming pearl, with a stylized representation of clouds in the background. The design includes The Perth Mint’s "P" mintmark.

In Chinese culture, the dragon is revered as a divine mythical creature embodying power, wealth and good fortune. Dragons are frequently depicted in pursuit of the flaming pearl, a metaphor for wisdom and enlightenment, which is often represented swirling through mist, smoke and shadows.

Like the dragon, the tiger is considered a lucky animal and has been held in awe for centuries. The pattern on the forehead of a tiger is very similar to the Chinese character for “king” hence it has become a symbol of bravery and power.

In feng shui, the dragon and the tiger are considered perfect matches for one another. According to the traditional Chinese philosophical account of natural balance and interdependence, the tiger is "yin", or female energy, and the dragon is "yang" (male).
Struck by The Perth Mint from 1oz of .9999 fine Silver, the coin is issued as legal tender under the Australian Currency Act 1965.
No more than 50,000 of the Dragon & Tiger 1oz Silver Bullion Coin will be released.