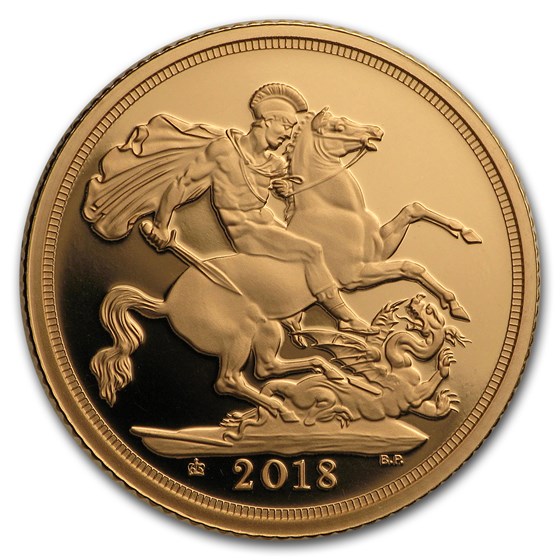 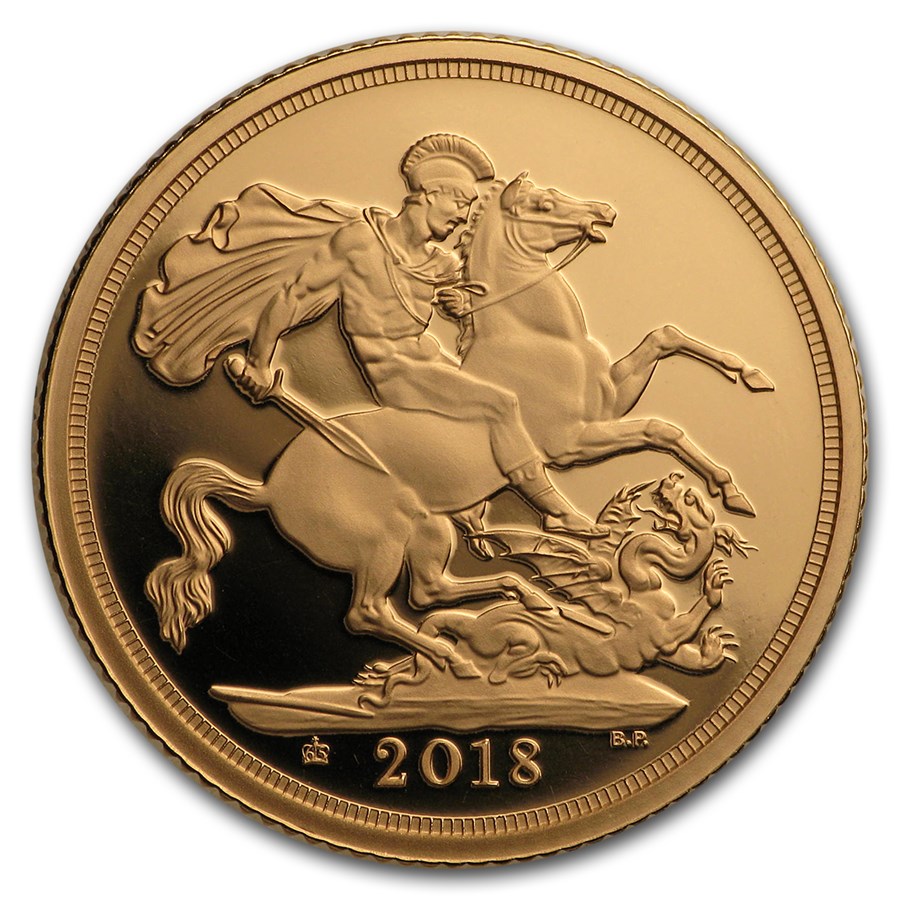 Product Details
Product Details
This Piedfort finish is the next in the Gold Sovereign range for 2018, and also includes a crown mint mark to celebrate the 65th anniversary of The Queen's coronation! There is a limited edition presentation of 2,675 coins worldwide.

Coin Highlights:
The Sovereign continues to be recognized as a Gold coin of beauty, quality and value, and is considered by many as the flagship coin of The Royal Mint. Add this 2018 Gold British Sovereign Piedfort to your cart today!

2018 is a historic year in the story of the British monarchy, as Her Majesty The Queen, now the world’s longest reigning living monarch, marks the sapphire anniversary of her coronation. This remarkable event is unlikely to happen again for many generations. To celebrate the anniversary, The Royal Mint has incorporated a unique mint mark on The Sovereign, the coin of the crown, for one year only.

Queen Elizabeth II is the first British monarch to mark more than 65 years of service, making the addition of this particular mint mark to celebrate this achievement a minting first.

Each coin is struck in 22 carat Gold, finished to Proof standard, and features the mint mark depicting a royal crown with "65" entwined in the design.