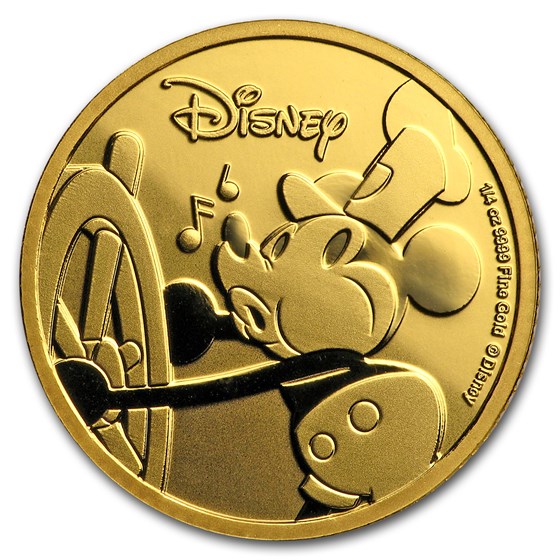 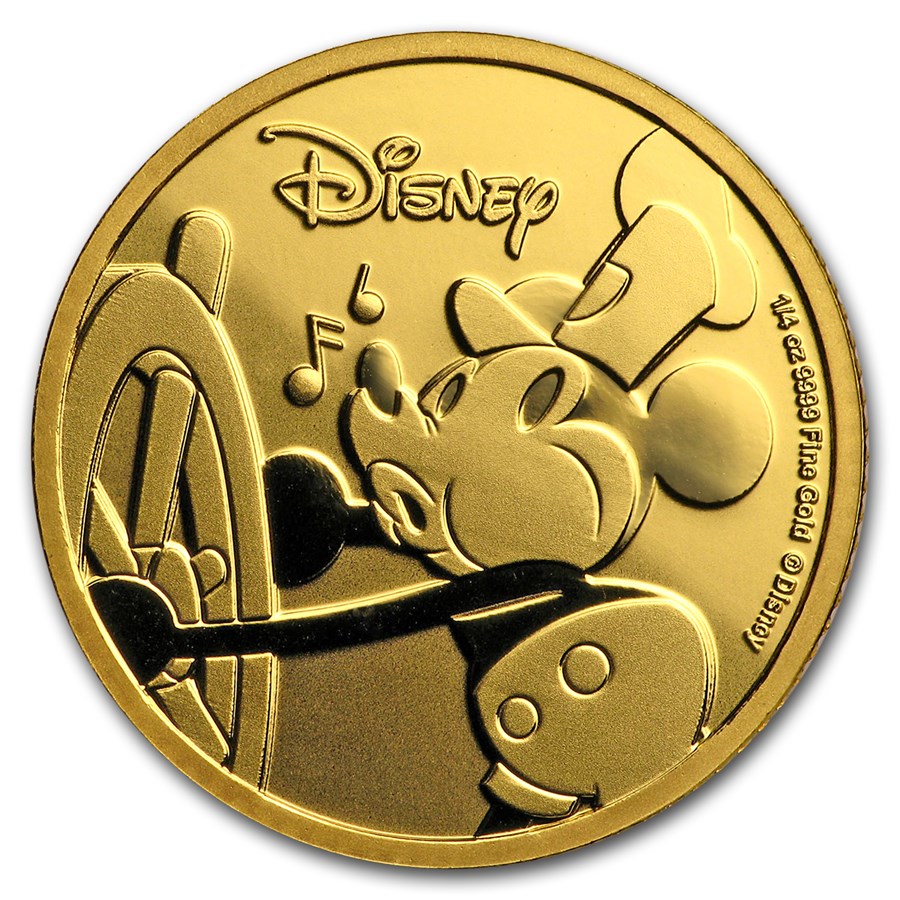 $2,116.79
As Low As
Product Details
Product Details
This .9999 fine Gold coin celebrates Mickey Mouse's 90th Anniversary with an officially licensed image of the famous mouse. With a limited worldwide mintage and themed packaging, this coin is a great collector's item.

Coin Highlights:
Mickey Mouse has been in multiple feature films, short films, television series, video games and many other forms of media. This coin is the perfect gift for any Disney fan. Add this 2018 Niue 1/4 oz Gold Proof Mickey's 90th Anniversary coin to your cart today!