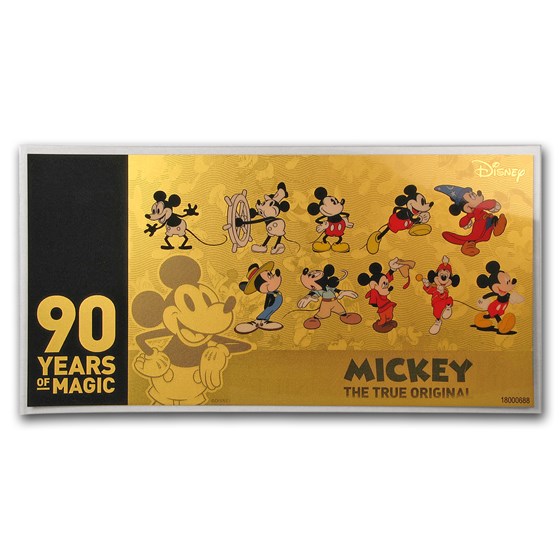 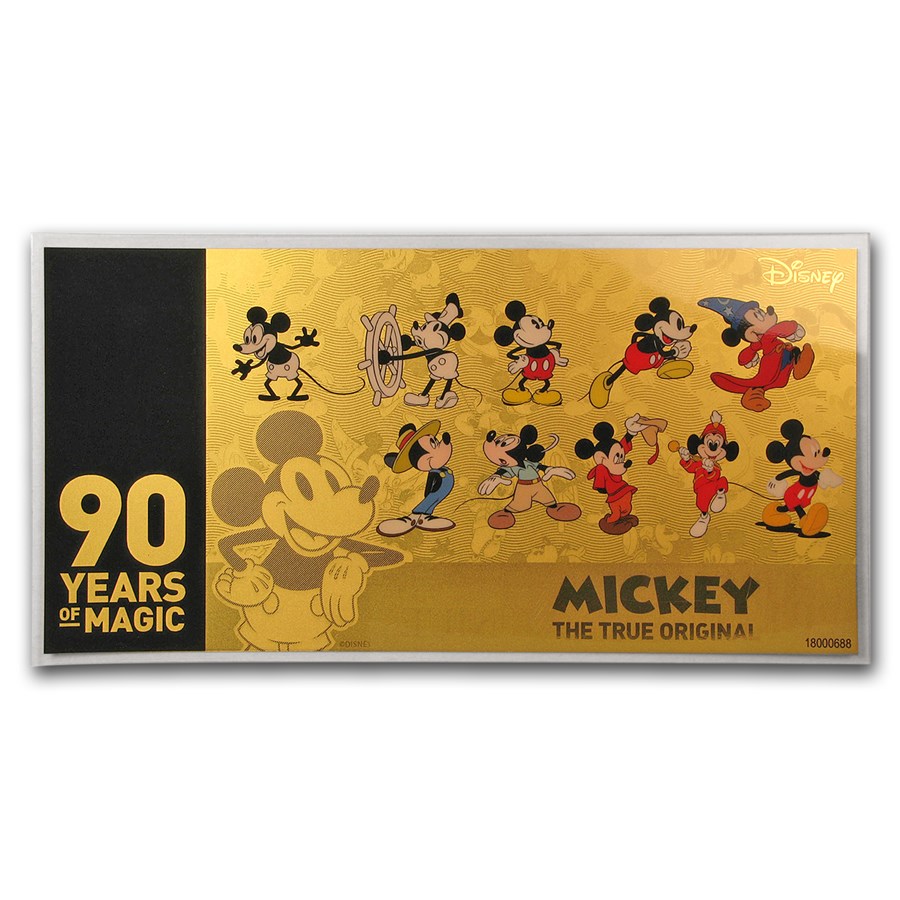 $12.99
Any Quantity
Product Details
Product Details
This officially licensed Gold foil note celebrates 90 Years of Magic of the famous Mickey Mouse. The famous mouse first made his debut in the short film, "Steamboat Willie" launched in 1928.

It has sold out twice already don't miss your chance to own this special 90th anniversary edition.