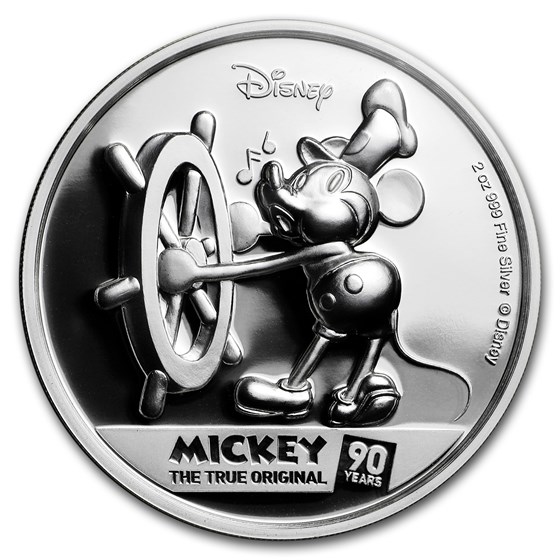 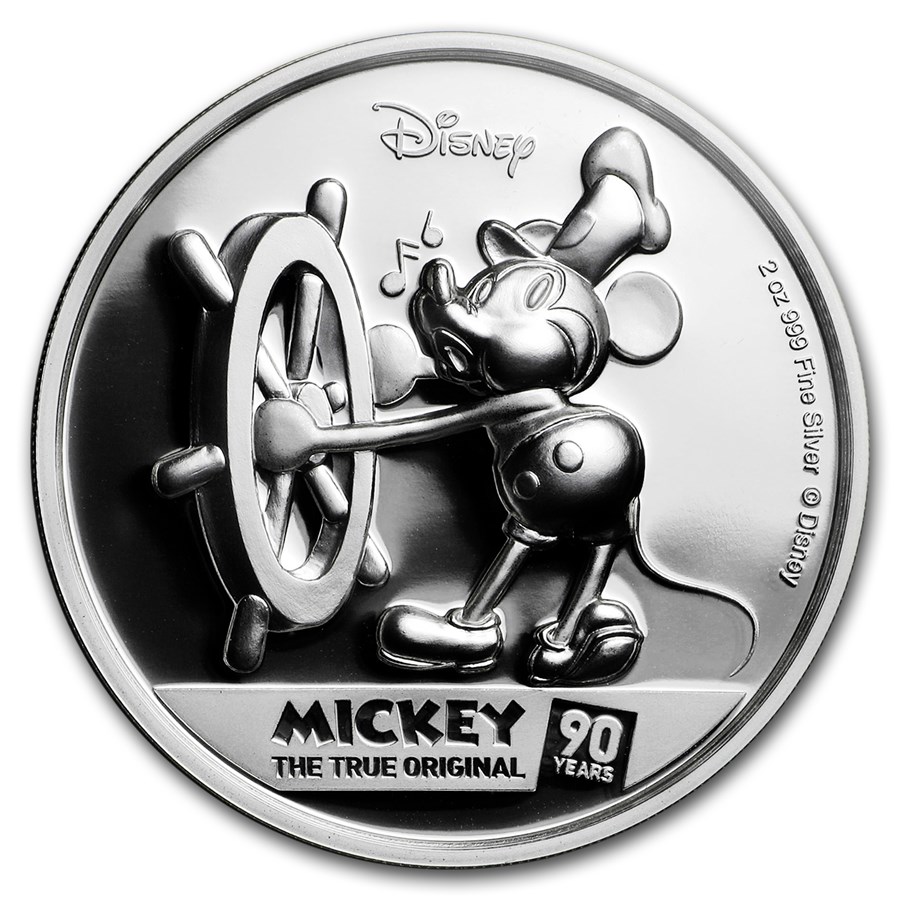 Your purchase is guaranteed to match the quality of the product shown. It will not be this exact item.
Product Details
Product Details
This .999 fine Silver coin celebrates Mickey Mouse's 90th Anniversary with an officially licensed image of the famous mouse, in ultra high relief detail. With a limited worldwide mintage and themed packaging, this coin is a great collector's item.

Coin Highlights:
Mickey Mouse has been in multiple feature films, short films, television series, video games and many other forms of media. This coin is the perfect gift for any Disney fan. Add this 2018 Niue 2 oz Silver Proof Mickey Mouse's 90th Anniversary Ultra High Relief coin to your cart today!

Another great Disney Collectable from the New Zealand mint. Great coin, great strike. APMEX did their usual great job with packing and shipping this coin. Very low certificate number. APMEX IS A GREAT SELLER TO DO BUSINESS WITH - great selection from all over the world, great customer service. I have never had a problem with any item I have ever ordered. Always a quick shipper (presale items always ship on time or early). Prices are always competitive and reasonable.