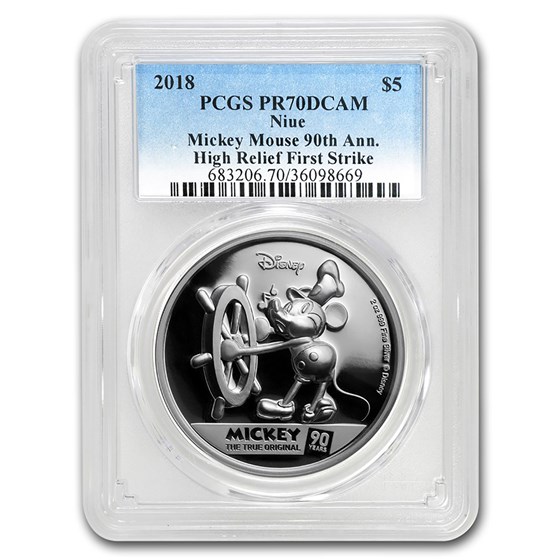 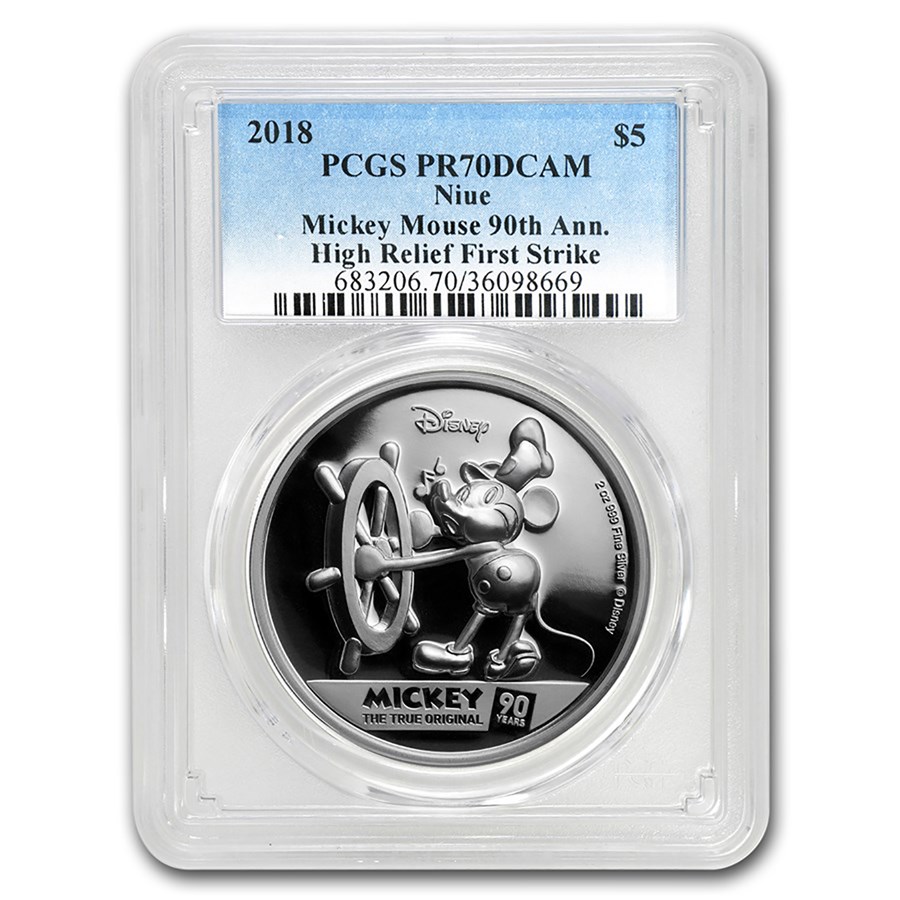 Coin Highlights:
Mickey Mouse has been in multiple feature films, short films, television series, video games and many other forms of media. This coin is the perfect gift for any Disney fan. Add this 2018 Niue 2 oz Silver Proof Mickey Mouse's 90th Anniversary Ultra High Relief coin to your cart today!