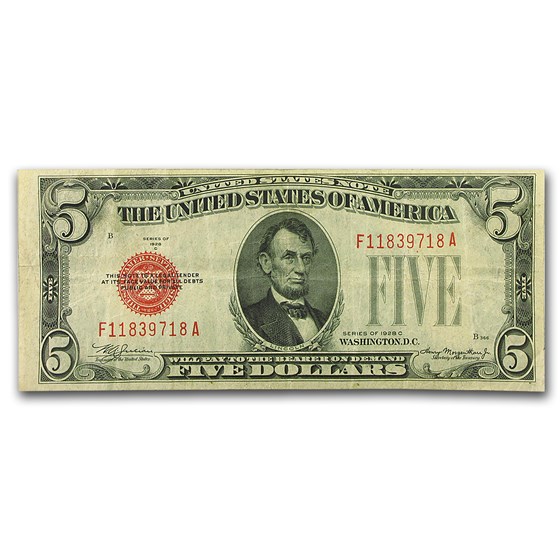 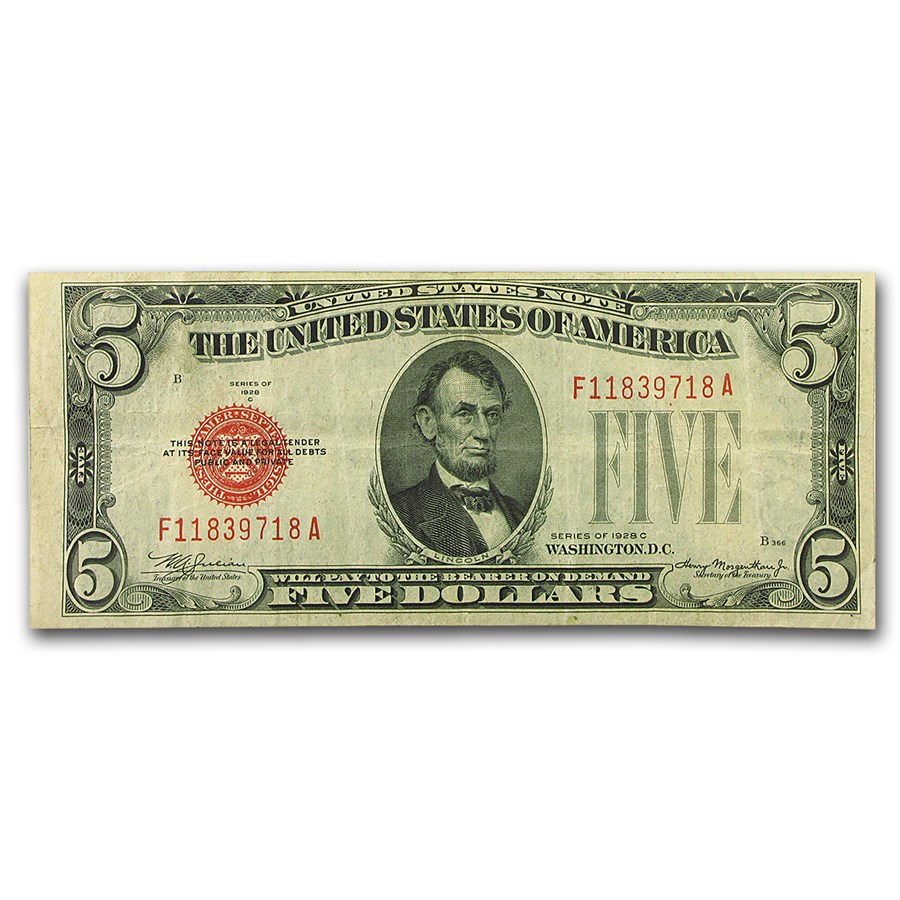 Product Details
Product Details
Series 1928-C $5.00 United States Notes, AKA Legal Tender or Red Seals were the first issues of the small size fives and are getting harder to find. Get one of these well-preserved notes for your collection.


United States Notes were adopted for circulation during the Civil War in 1862 in denominations from one through one thousand dollars. The $5.00 denomination remained when we switched over to small size notes in 1928 and continued until the early 1960s when the $5.00 FRN's replaced them entirely. Although they are still legal tender, their red seals and serial numbers make them great collector items.