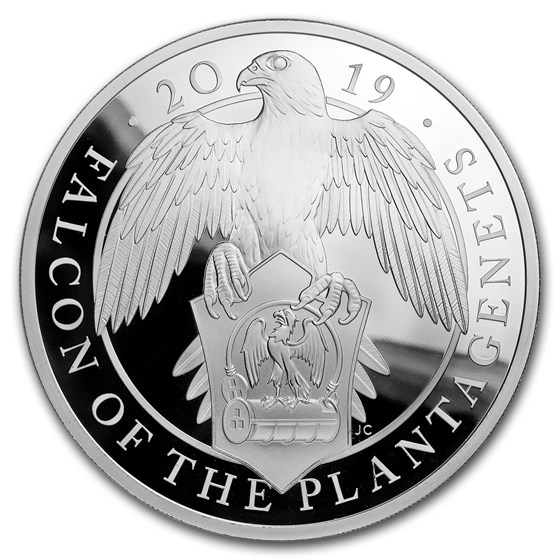 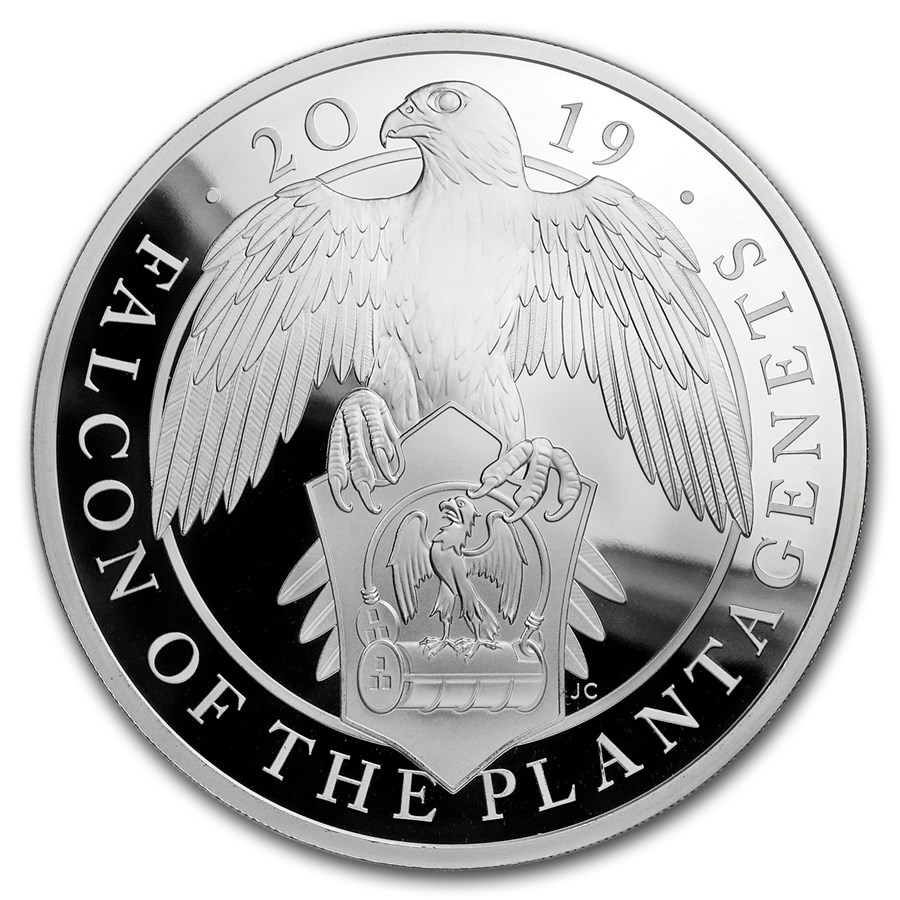 $27.61 $27.91
As Low As
9% Off The Premium
Product Details
Product Details
The Royal Mint has released the Falcon of the Plantagenets as the fifth in the Queen's Beasts Proof series. This beast came to The Queen through Edward IV and features a limited edition presentation of 400 coins worldwide.

This low mintage majestic coin is a must-have for any collection. Add this 2019 GB Proof 5 oz Silver Queen's Beasts Falcon to your cart today!