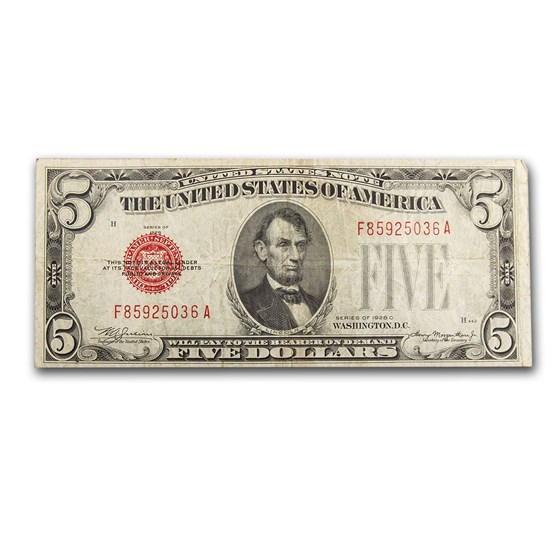 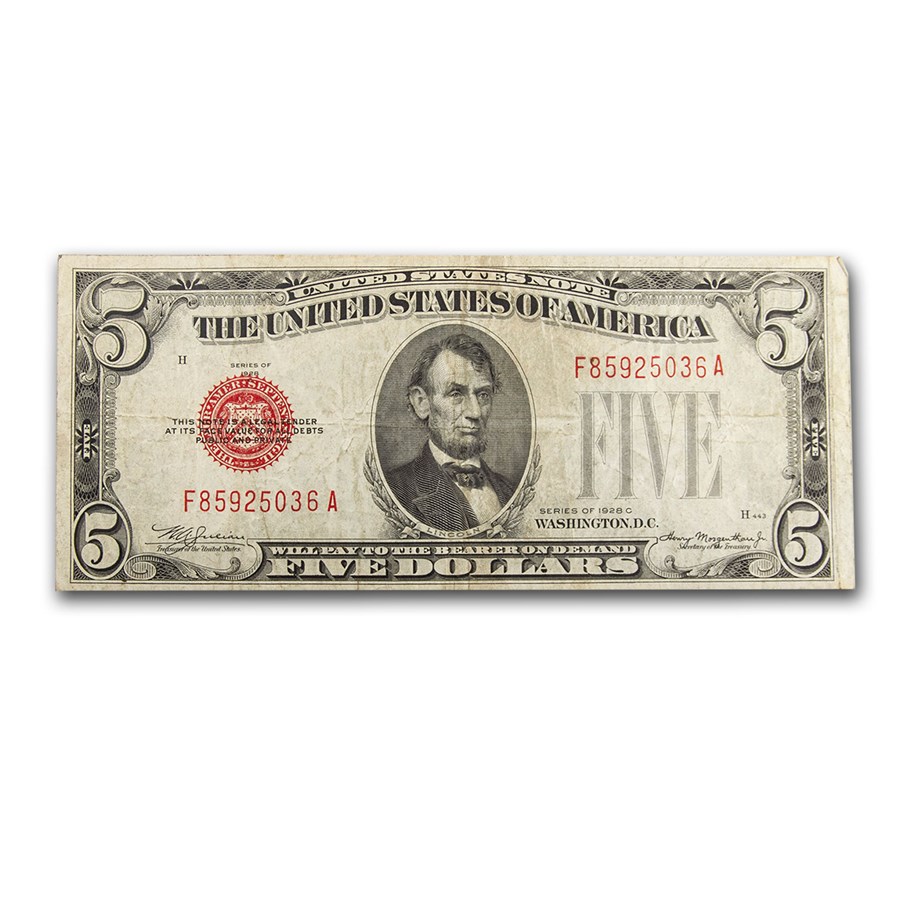 Product Details
Product Details
Series 1928-C $5.00 United States Notes, AKA Legal Tender or Red Seals were the first issues of the small size fives and are getting harder to find. Get one of these well preserved notes for your collection.