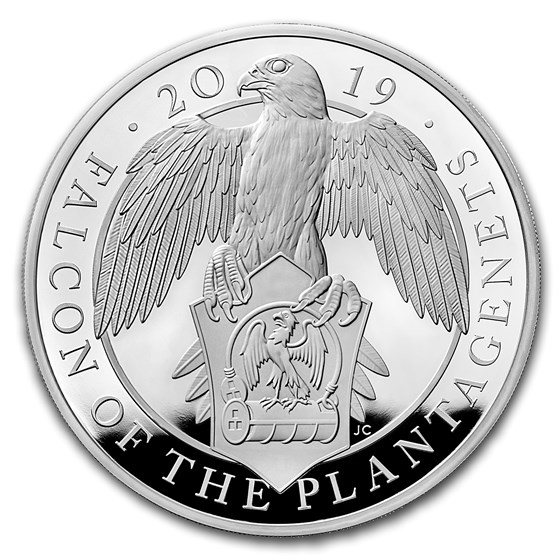 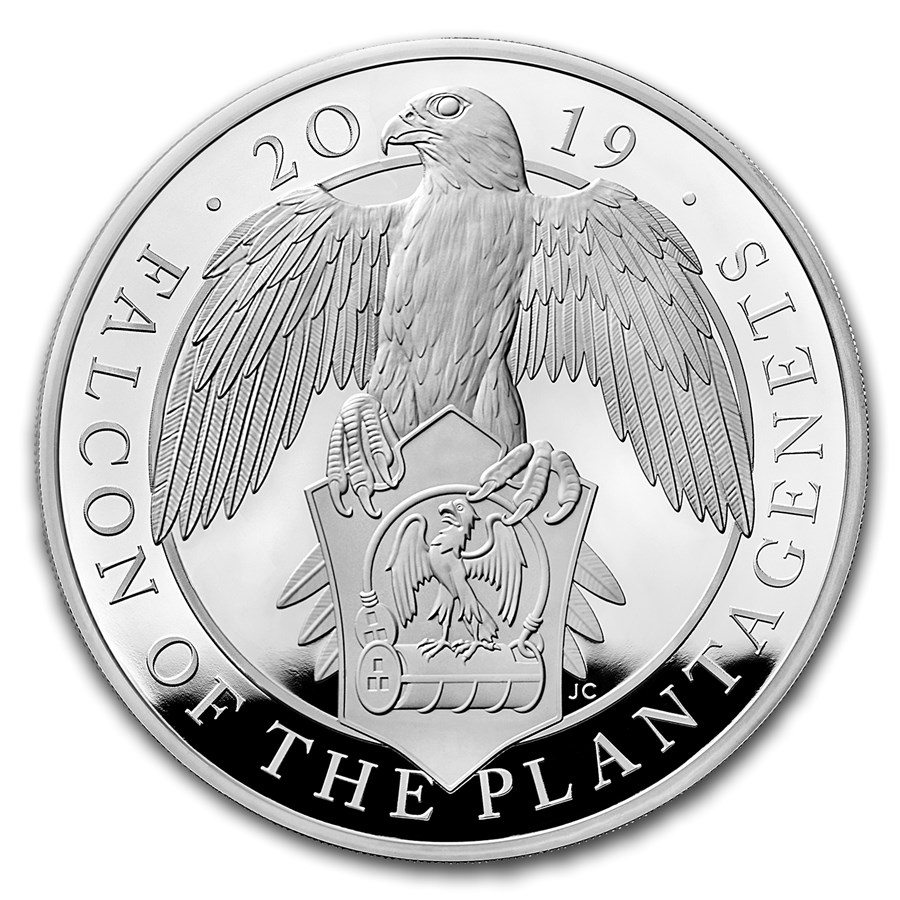 $32.57
As Low As
Product Details
Product Details
Magnificent in both weight and design, this impressive coin features the fifth design in the Queen's Beasts Proof series. There is a limited edition presentation of 100 coins worldwide.

This majestic coin is a must-have for any collection! Add this 2019 GB Proof 1 kilo Silver Queen's Beasts Falcon coin to your cart today!

The Falcon 1 Kilo coin is magnificent. The detail is incredible and the finish is flawless. There is nothing quite like a Kilo Proof Coin to bring the artwork to life. Love the fact that my coin is a lower number of this extremely limited edition coin. Presentation box from the Royal Mint is another treasure. Job well Done. Thank You APMEX!