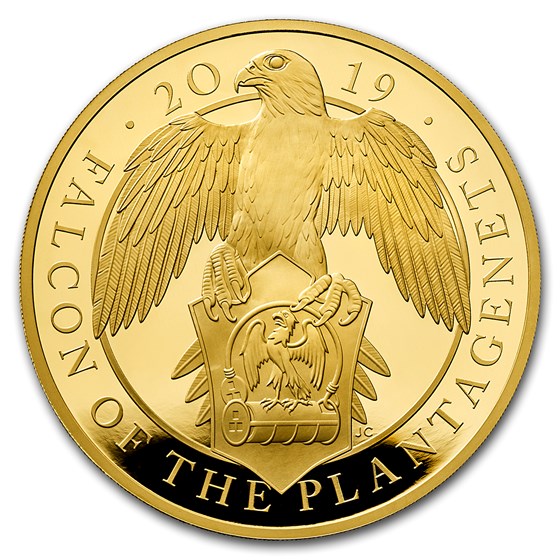 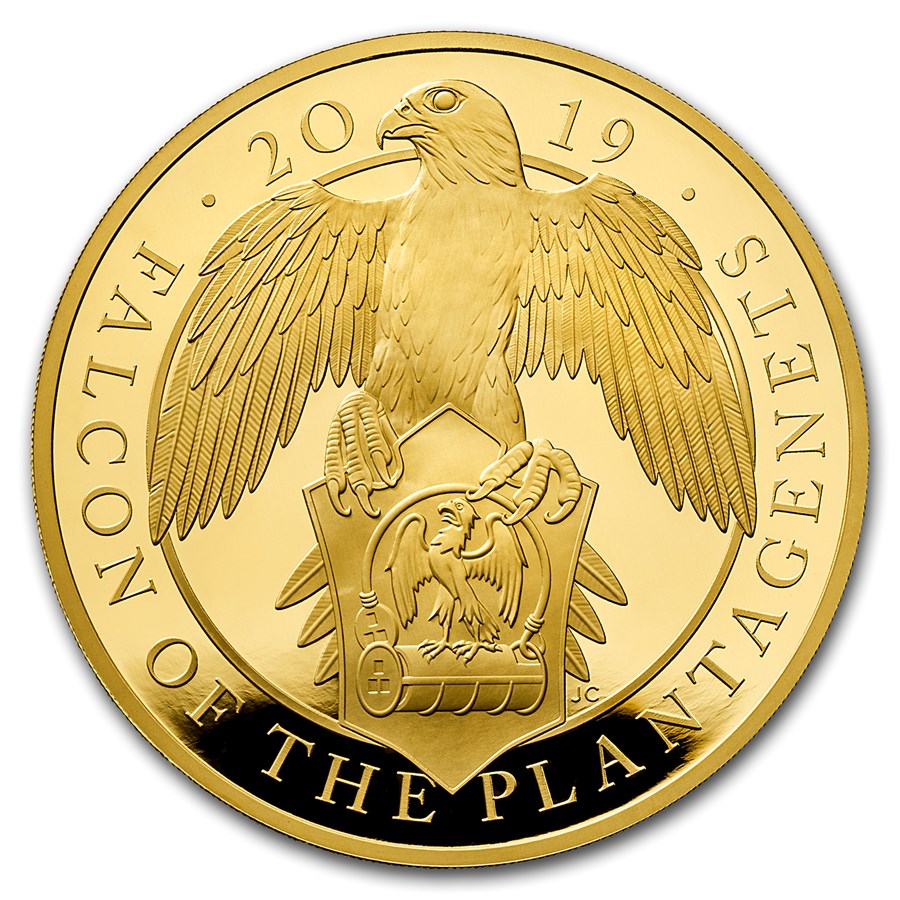 Your purchase will match the quality of the product shown.
Product Details
Product Details
Magnificent in both weight and design, this impressive coin features The Falcon of the Plantagenets presented as powerful and majestic perched atop a shield. There are only 10 coins available worldwide in this limited edition presentation.

This majestic coin is a must-have for any collection. Add this 2019 GB Proof 1 kilo Gold Queen's Beasts Falcon coin to your cart today!

Now, 65 years later, The Queen’s Beasts Collection from The Royal Mint explores these ten heraldic guardians, what they stand for and the monarchs they have represented through the ages. Each beast has its own story to tell and the fifth release celebrates the magnificent Falcon of the Plantagenets