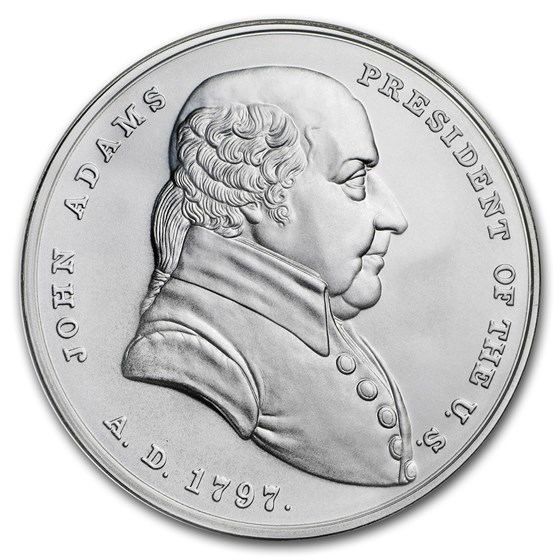 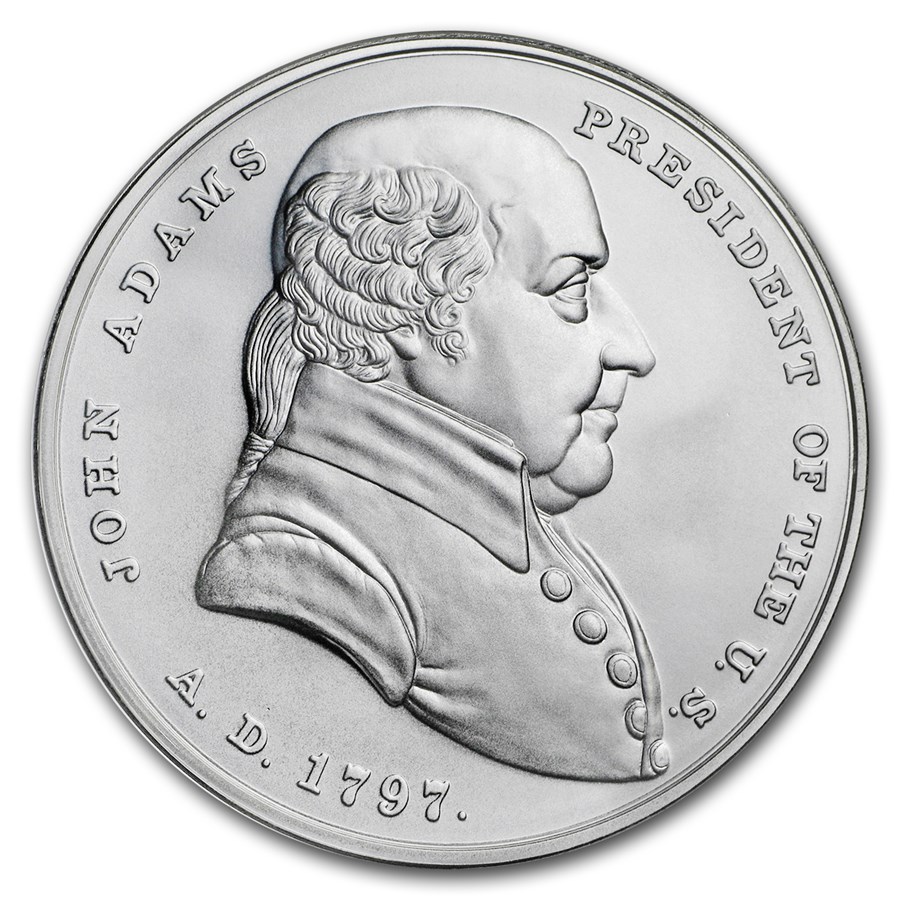 The is the first issue of the Presidential Silver Medals program provided by The United States Mint. This Silver Medal honors John Adams, our second President of the United States of America. Adams succeeded George Washington after his service as Vice President to Washington. Before his election as President, Adams was a leading member of the Continental Congress, was elemental in drafting the Declaration of Independence, and was revered as a prominent political author.