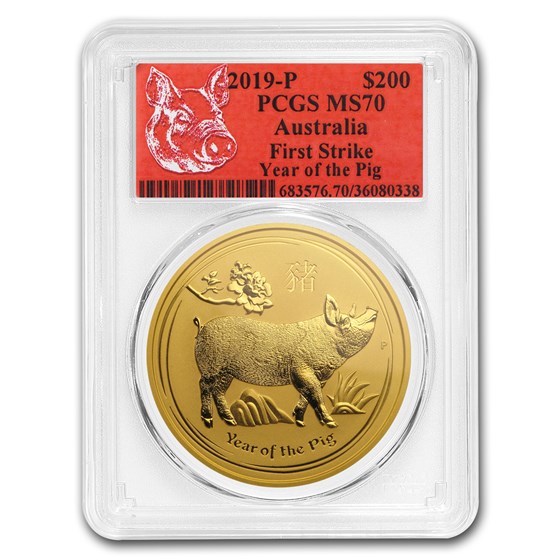 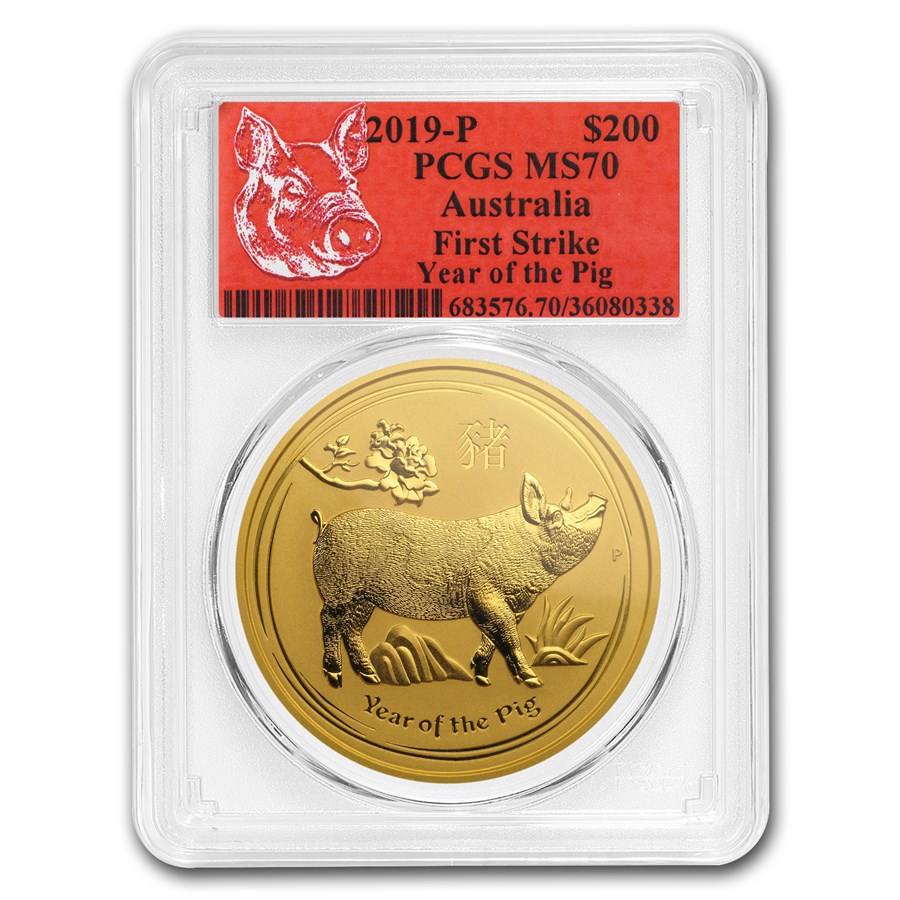 Your purchase will match the quality of the product shown.
Product Details
Product Details
This Gold Lunar Pig from Perth Mint is graded a perfect First Strike MS-70 by PCGS and comes in the APMEXclusive® Red Label holder from PCGS. This beautiful 2 oz Gold Lunar has a wide diameter which accentuates the design.

Protect and display your perfect MS-70 PCGS 2 oz Pig coin in style by adding a display box to your order.

Add this spectacular 2 oz Gold Year of the Pig coin graded First Strike MS-70 by PCGS to your cart today!