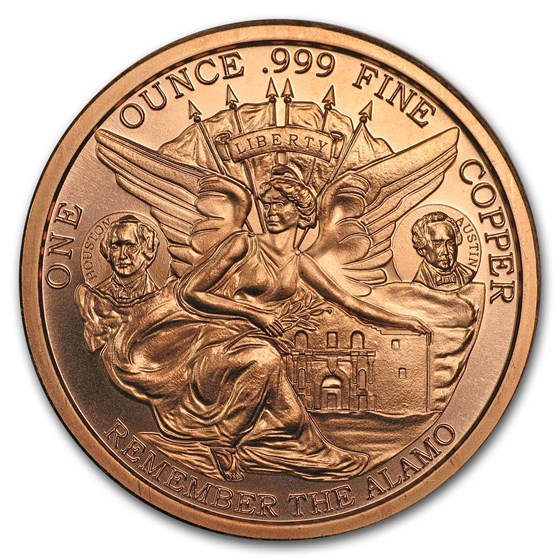 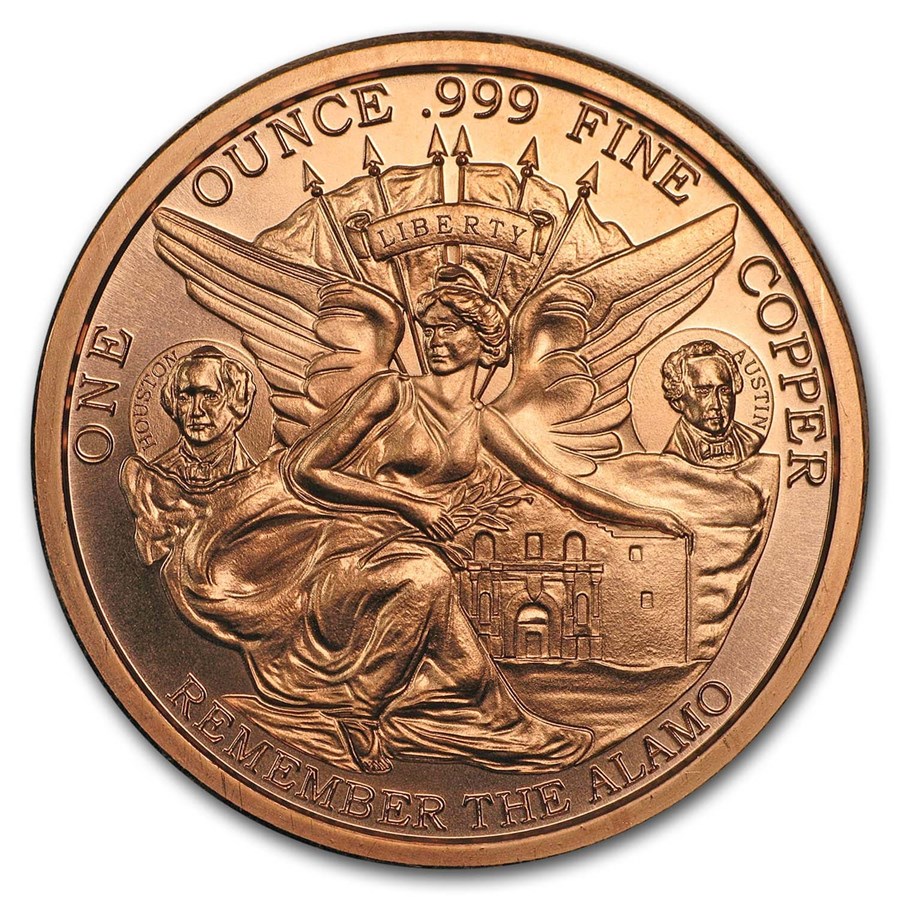 2019 2 oz Silver Round - Temptation of the Succubus BU

Product Details
Product Details
As low as $1.99 per round
Patterned after the Texas Centennial half dollar commemorative coin which was minted to honor the Centennial of Texas's independence from Mexico. These 1 oz .999 fine Copper rounds showcases the impeccable precision that gives it exceptional detail.

Round Highlights:
Protect and display your Silver round in style by adding an attractive presentation box recommended for this round.

Add this 1 oz Copper Round to your cart today!

The Texas Centennial half dollar commemorative coin was minted to honor the Centennial of Texas's independence from Mexico. Early in the administration of President Franklin Delano Roosevelt, on June 15, 1933, Congress passed an act to authorize the coinage of Silver half dollars "in commemoration of the one hundredth anniversary in 1936 of the independence of Texas, and of the noble and heroic sacrifices of her pioneers, whose revered memory has been an inspiration to her sons and daughters during the past century." This was the first of over two dozen commemorative bills that would become reality during Roosevelt's tenure. The legislation provided that "no more than one and a half million pieces" be created on behalf of the American Legion Texas Centennial Committee, located in Austin in that state.

The Battle of the Alamo (February 23 – March 6, 1836) was a pivotal event in the Texas Revolution. Following a 13-day siege, Mexican troops under President General Antonio López de Santa Anna launched an assault on the Alamo Mission near San Antonio de Béxar (modern-day San Antonio, Texas, United States), killing all of the Texian defenders. Santa Anna's cruelty during the battle inspired many Texians, both Texas settlers and adventurers from the United States, to join the Texian Army. Buoyed by a desire for revenge, the Texians defeated the Mexican Army at the Battle of San Jacinto, on April 21, 1836, ending the revolution.