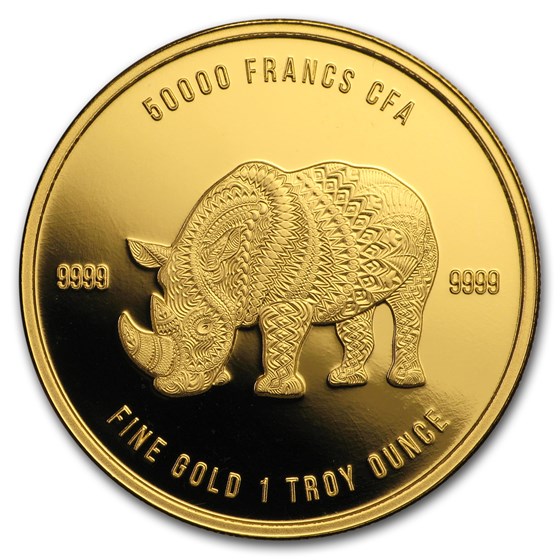 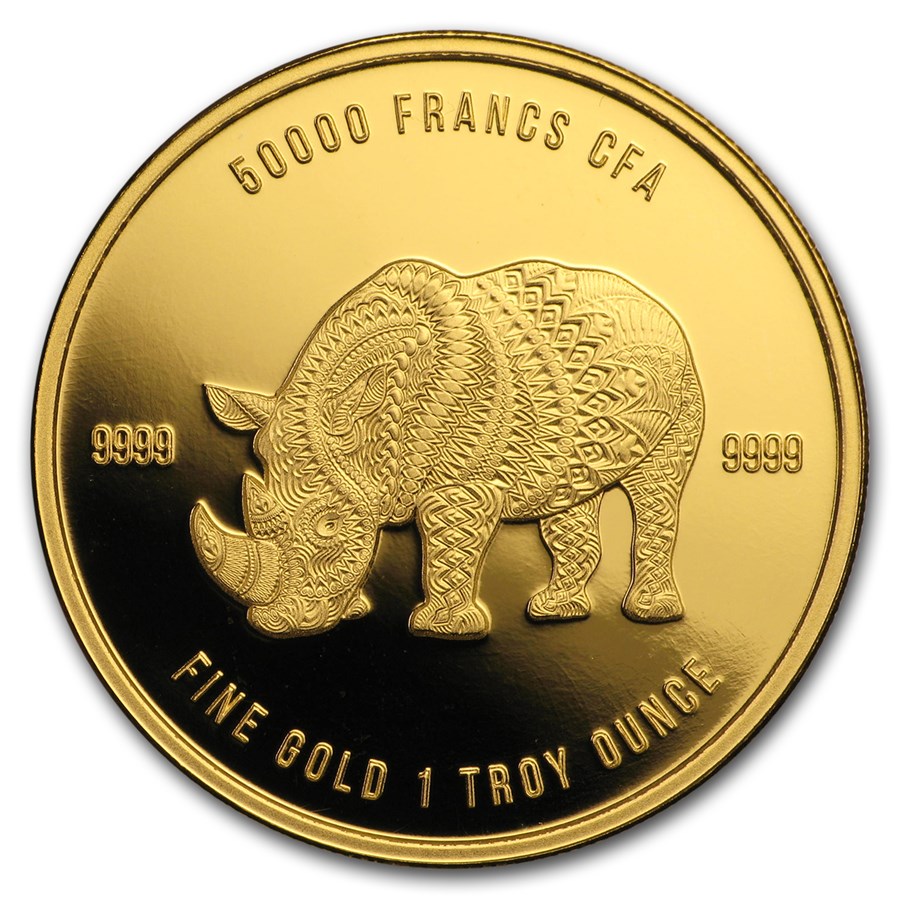 Product Details
Product Details
This second release of the APMEXclusive® Republic of Chad Mandala Wildlife series features a detailed image of the powerful Rhino in .9999 fine Gold. The 1 troy ounce coin has an extremely limited mintage of only 100 coins worldwide.

The powerful rhino is a symbol for steadiness, protection and achievement. While first glancing at the large creature may give a sense of fear and aggression, the rhinoceros actually is known for its passive nature, preferring to graze in solitude. The majestic beauty and strength of the Rhino makes the animal a great addition to the Republic of Chad Mandala Wildlife series, following the first release of the Mandala Lion. The Gold Mandala Lion sold out within the first week of launch! Each coin in the series will have a unique design and different animal featured. The changing designs and limited mintages makes these coins an enticing series for collectors and investors alike.

Coin Highlights:
Continue your collection of the anticipated Republic of Chad Mandala Wildlife series with the second release featuring the powerful and strong rhino in .9999 fine Gold. Add this 2018 Republic of Chad 1 oz Gold Mandala Rhino to your cart today!