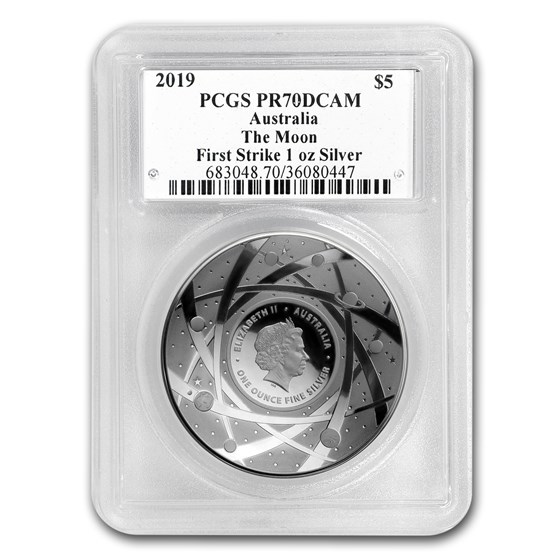 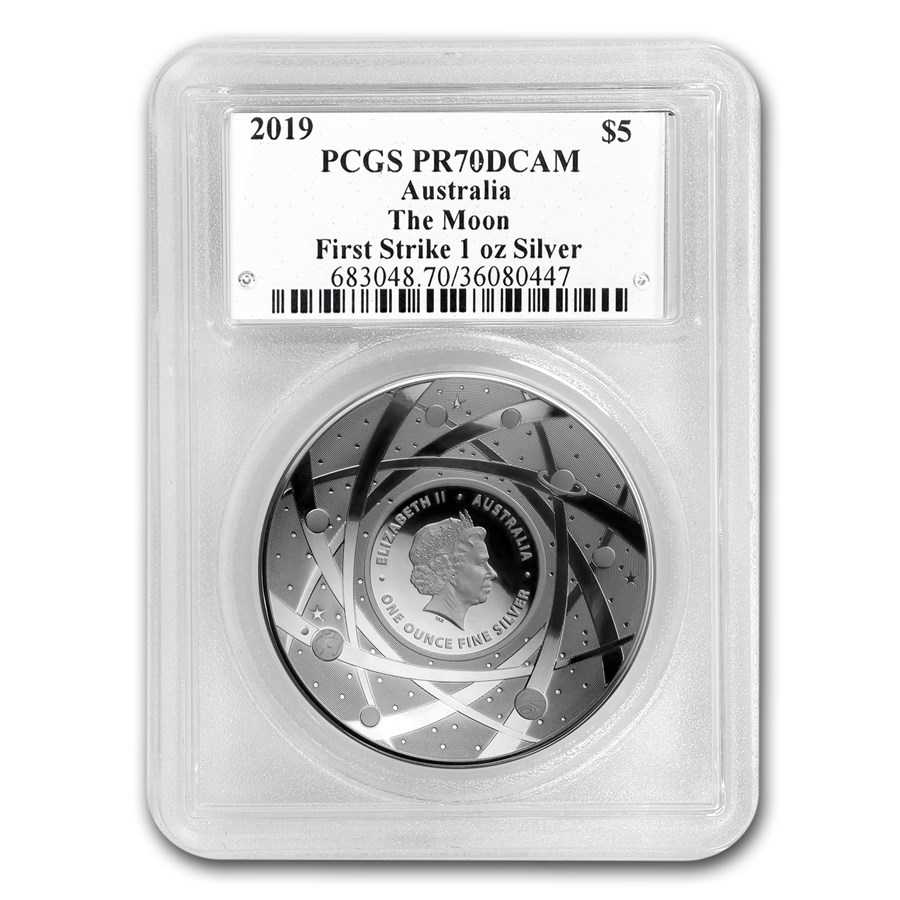 Your purchase is guaranteed to match the quality of the product shown. It will not be this exact item.
Product Details
Product Details
APMEXclusive® The second in the three coin The Earth and Beyond series features the Moon in .999 fine Silver. This coin is graded a perfect 70 Deep Cameo First Strike by PCGS, and housed in a holder with an exclusive Royal Australian Mint label.

Second in The Earth and Beyond Silver Domed coin series features the Moon, our closest celestial companion. This release follows the popular release of the Earth Domed coin earlier in the year. The Moon has inspired art, literature, navigation and science for thousands of years, but still holds an aura of mystery and awe for the beholder.

Continue your collection of the Graded Earth and Beyond Silver Domed series with the first graded coin in the series, the Earth.