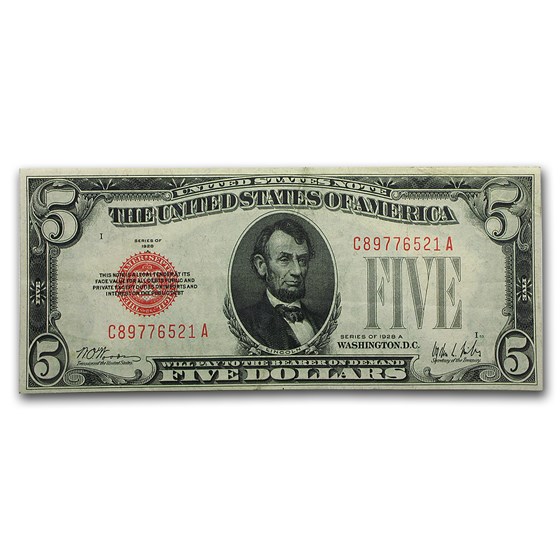 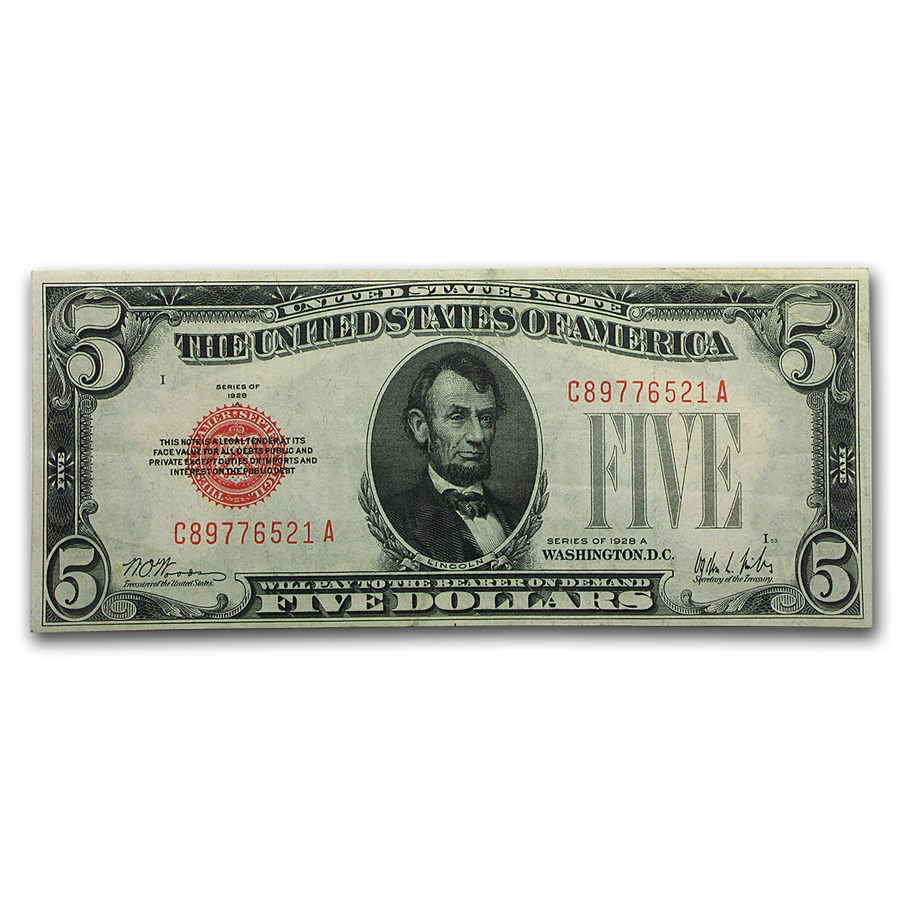 Add some of these great collector’s items to your cart today!

Although they are still legal tender, their red seals and serial numbers make them great collector items. These notes are a great part of history that can easily be added to any collection.

Series 1928-A $5 United States Notes were printed in smaller numbers than their later counterparts and saw heavy usage until the type was discontinued in the 1960s. Less than 60 million of this series were printed making them an elusive note today.