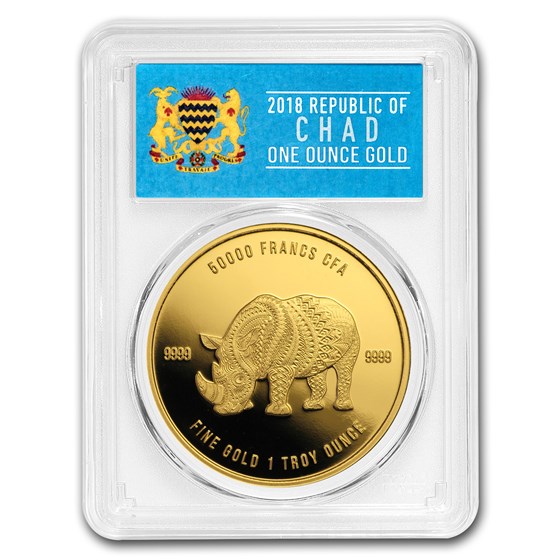 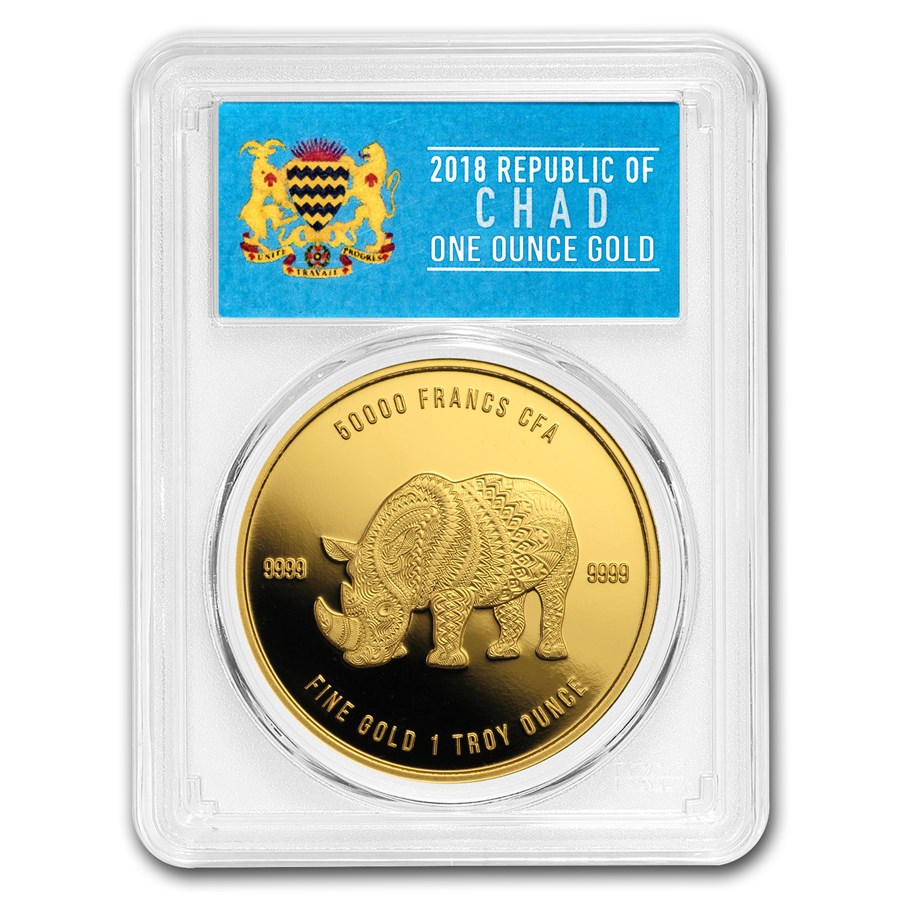 Product Details
Product Details
This second release of the APMEXclusive® Republic of Chad Mandala series features a striking image of the mighty Rhino in 1 oz Gold. The 1 troy oz Gold coin has a limited mintage of 100 coins worldwide!

Coin Highlights:
Continue your collection of the popular Republic of Chad Mandala Wildlife series with the second release featuring the mighty rhino in .9999 fine Gold. Add this MS-70 graded 2018 Republic of Chad 1 oz Gold Mandala Rhino to your cart today!