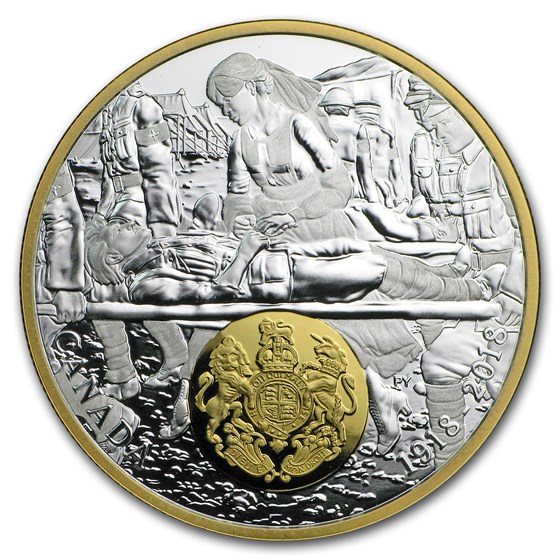 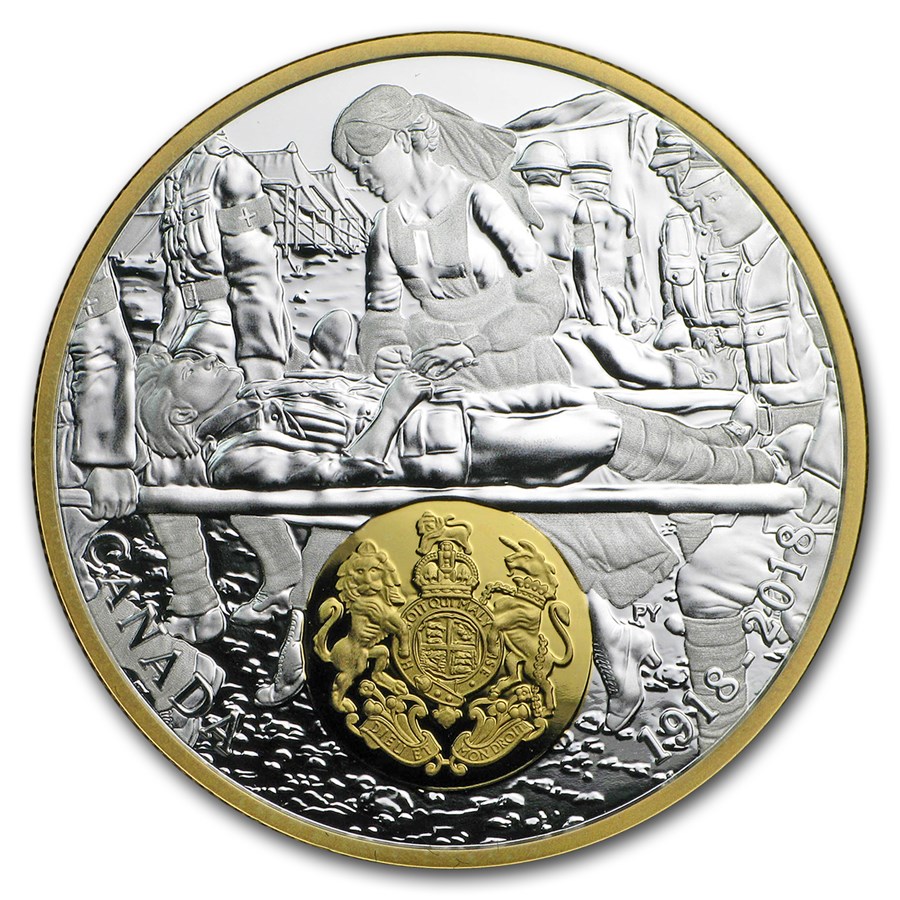 Your purchase will match the quality of the product shown.
Product Details
Product Details
This is the final coin in a four coin series highlighting the wartime contributions of select Allied forces that were united in one common cause throughout WWI.

From the soldiers in the trenches to the nurses near the front lines, risking one's lives to save another is the very definition of heroism. The reverse of this last coin in First World War: Allies series pays homage to the men and women who served in the British Armed Forces, represented by the Gold-plated General Service button.