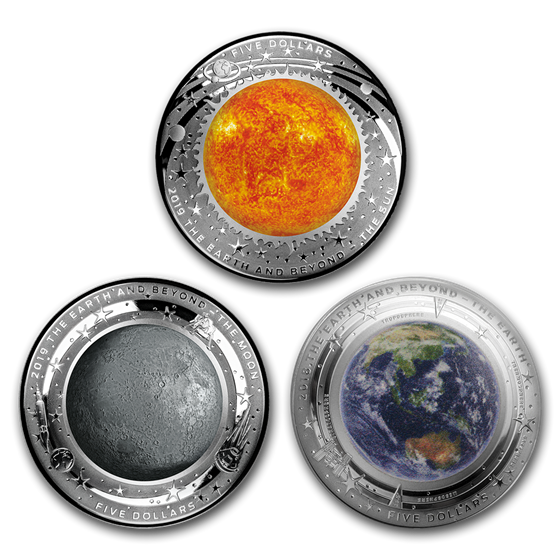 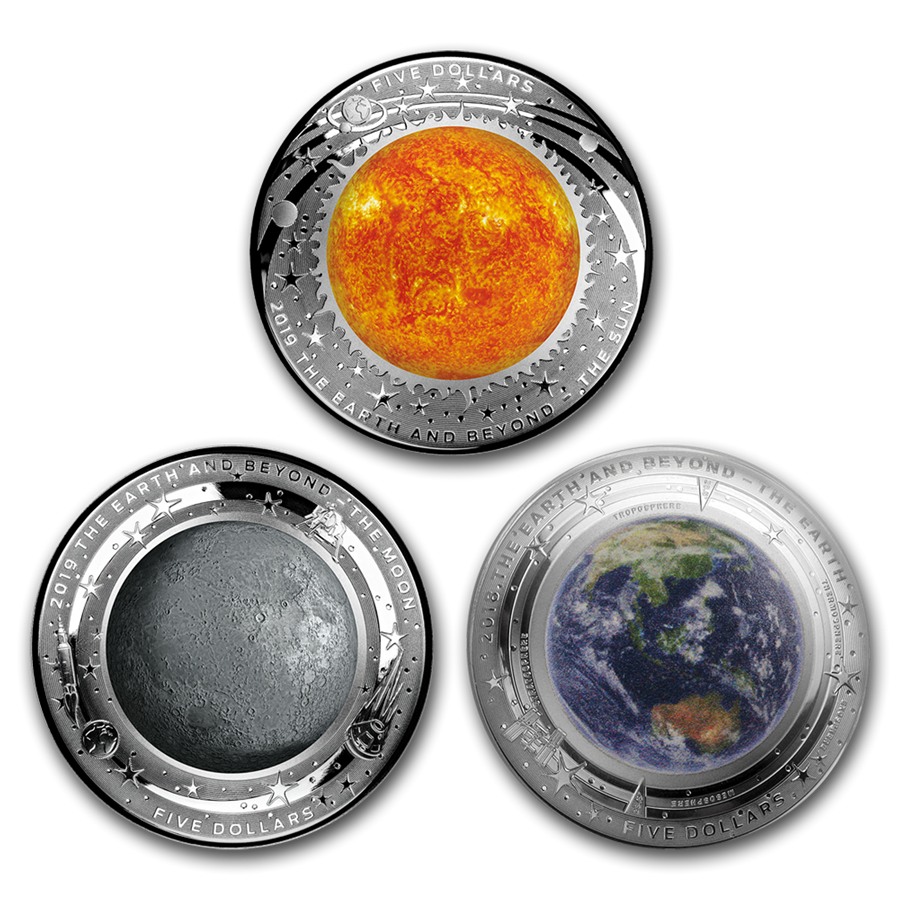 Due to our exclusive with the Royal Australian Mint, we are unable to ship this set to Europe. Orders within Europe containing this set will not be fulfilled.

Coin Highlights:
Following their sold out series of the Silver Southern Domed coins and Silver Northern Domed coins, the Royal Australian Mint has once again produced a series enjoyed by all. Add the Silver $5 Australia Colorized Domed Three-Coin Earth and Beyond set to your cart today!

This complete, three-coin set of the Silver Domed Earth and Beyond series has a limited number available, and includes one coin of each release in the series: the Earth, the Moon and the Sun. Each coin is beautifully colorized to depict a realistic image of the space object. The limited mintages of each coin and the beautiful domed shape makes these coins a popular collectible series.