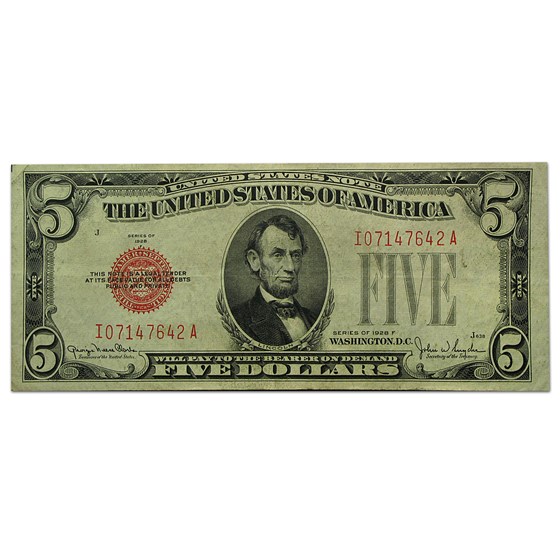 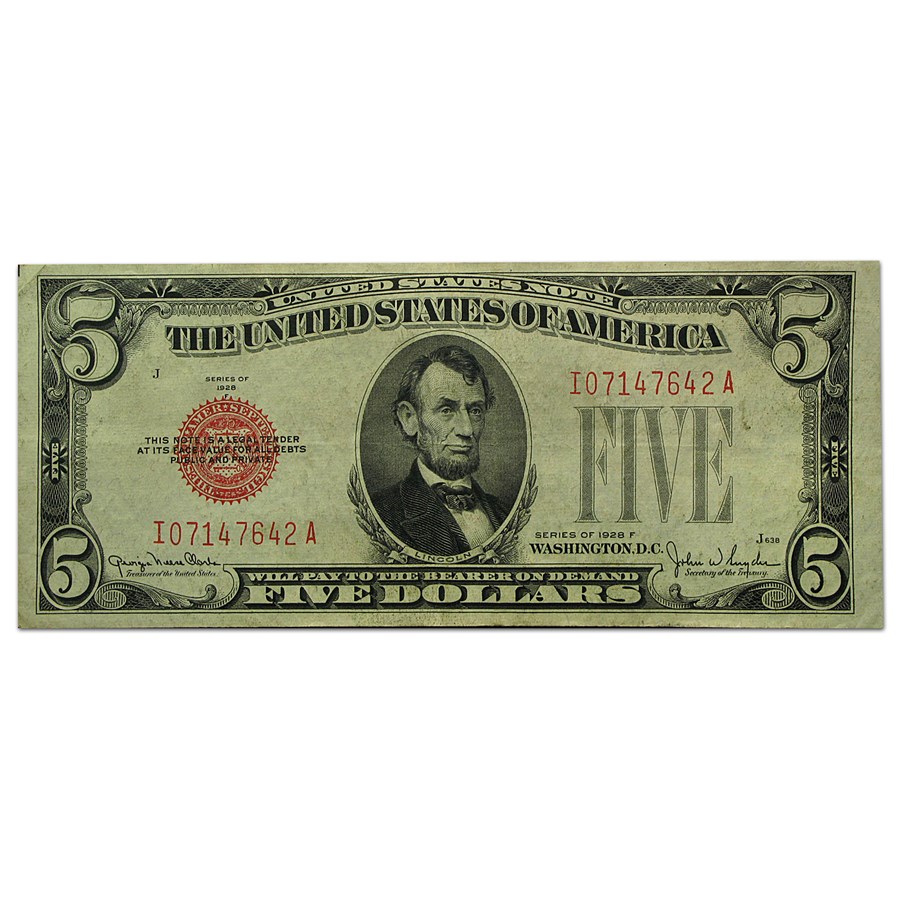 Product Details
Product Details
Series 1928-F $5.00 United States Notes, AKA Legal Tender or Red Seals were the first issues of the small size fives and are getting harder to find. Get one of these well-preserved notes for your collection.