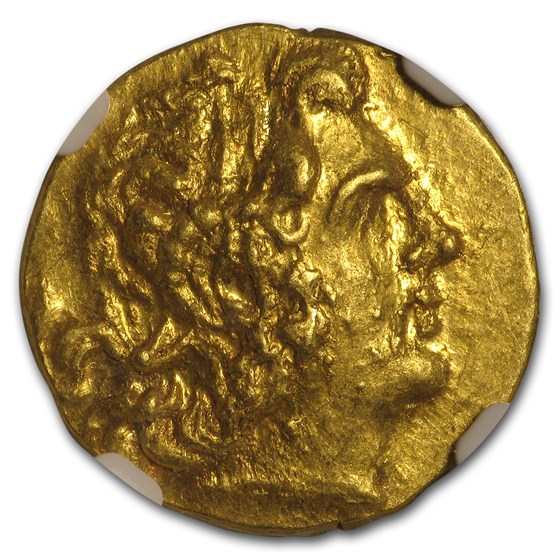 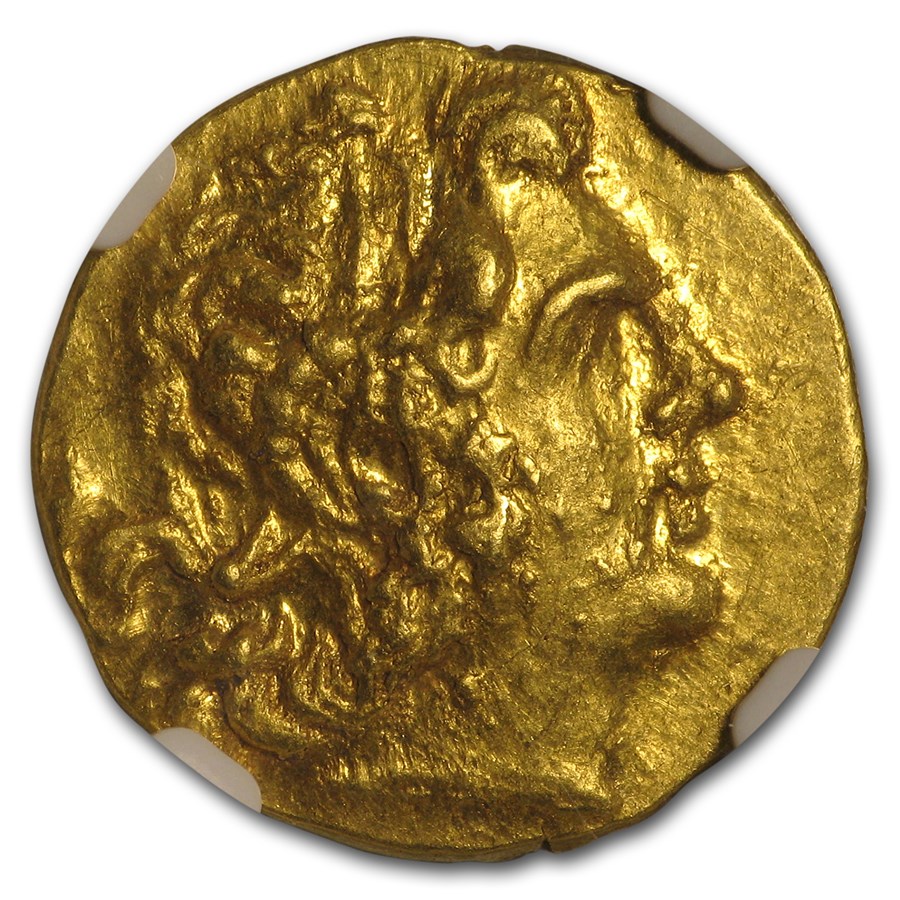 Your purchase will match the quality of the product shown.
Product Details
Product Details
Perfect strike surface rating from NGC. This coin has both Greek and Egyptian influence in its art. The horns depicted show the influence of the Greek hybrid god Zeus Ammon and the God like status of Alexander the Great as represented to his people.