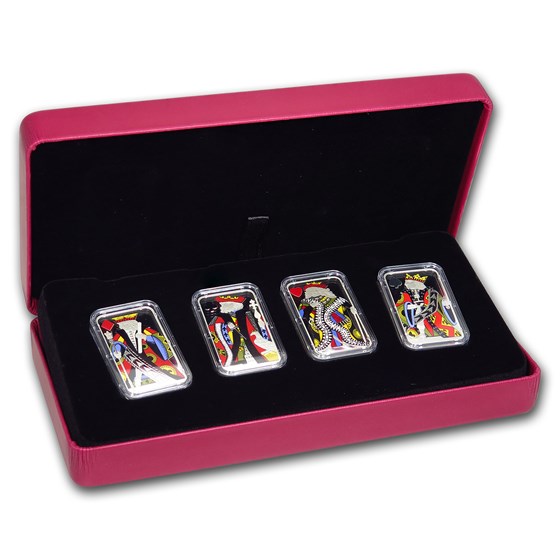 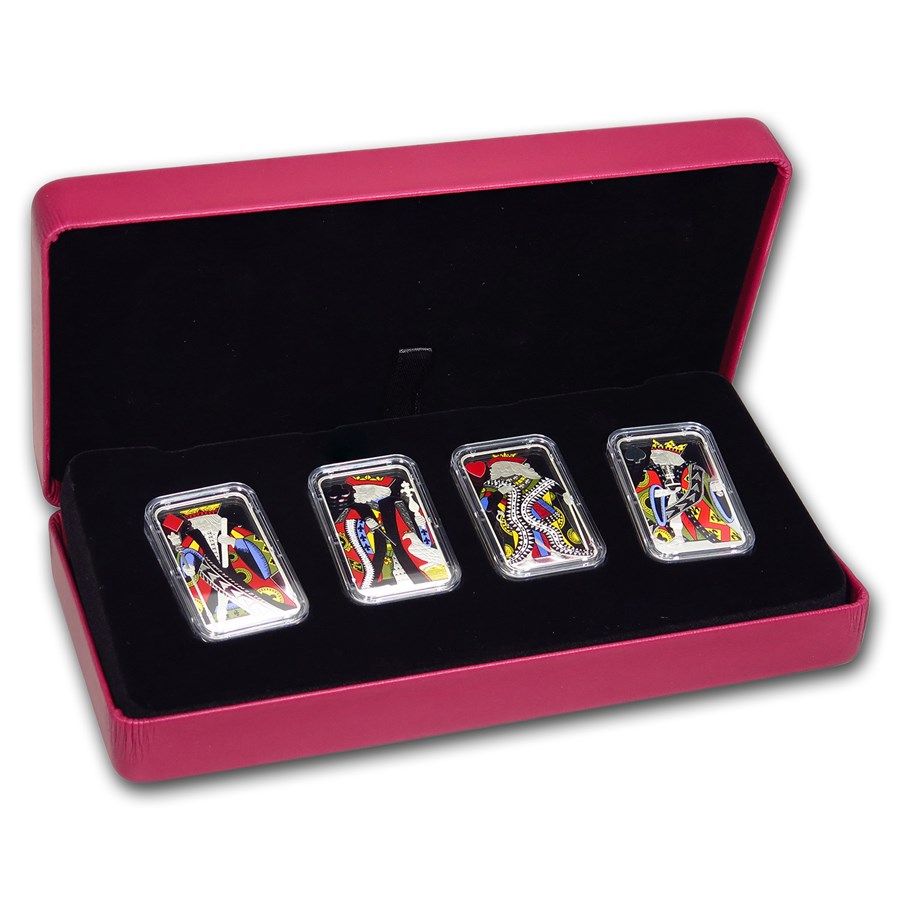 $310.00
As Low As
Product Details
Product Details
This set of rectangular coins by the Royal Canadian Mint is a four of a kind in fine Silver — a King of each suit, and all in a colorful style inspired by the cards that once circulated like bank notes.

Introduced in 1685, the playing card money of New France is one of the most interesting chapters in the story of Canadian currency, but few examples survive today. This four-piece collectible is a card-shaped tribute to an unusual currency that circulated in
New France. It’s a fascinating glimpse of Canada’s early past—one that gives a sense of the challenges and shortages faced by a growing colony.

Add this Playing Cards of New France set to your cart today!

All four rectangular coins bear original art by artist Trevor Tennant, who drew inspiration from the 18th century Lionet and Provence Pattern of court cards. Each reverse mimics the period style of the playing cards that were used as currency in New France. It features full color over the engraved depiction of a King from one of four suits: spades, hearts, diamonds and clubs. The King of Diamonds (Julius Caesar) holds an authoritative baton in one hand, and in the other, a scepter that symbolizes imperial power.
The King of Clubs (Alexander the Great) is a confident king who holds a dagger-like sword in his right hand, and a scepter in his left.
The King of Hearts (Charlemagne) wears a cloak edged with a scarf-like pattern, while the fleur-de-lis (a symbol of the French monarch) is visible throughout. The King of Spades (the biblical David) wears a full-length, fur-lined robe. He holds a sword in one hand and in the other, an orb that signifies having the world in one’s hand.