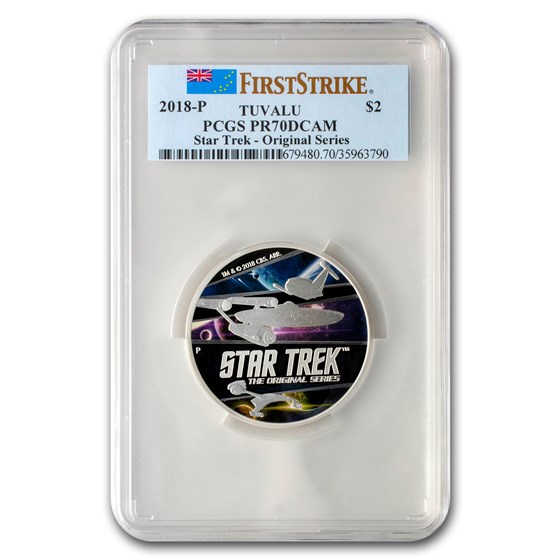 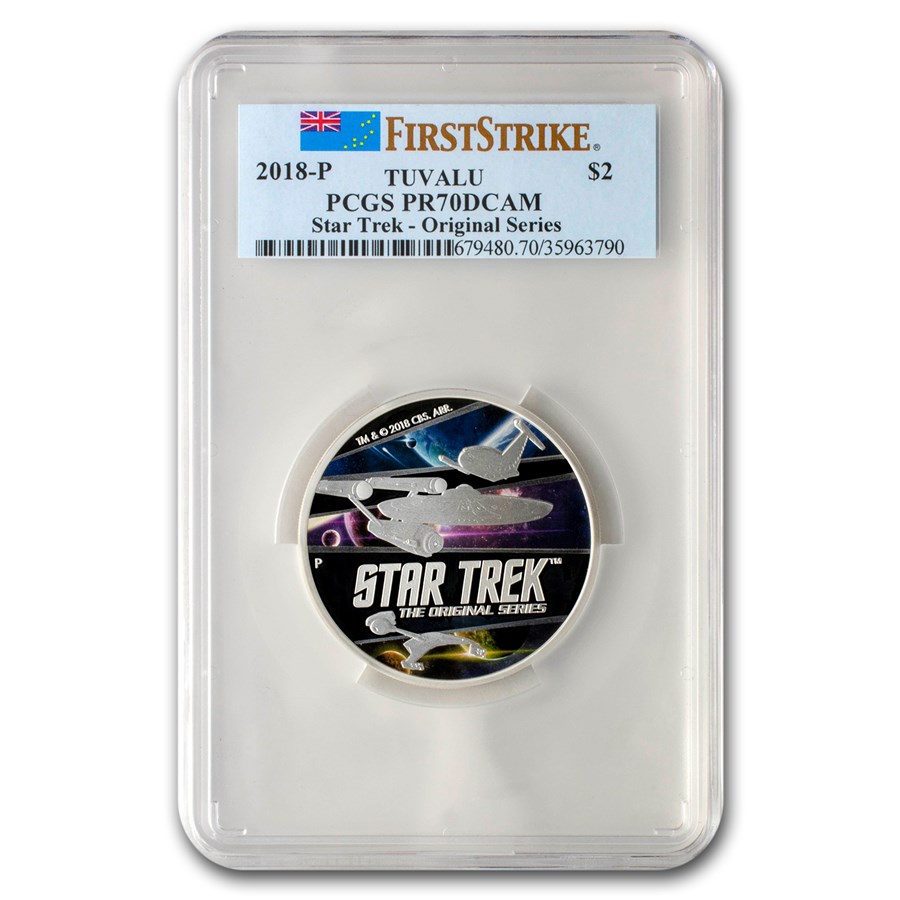 Coin Highlights:
This exceptional 2 oz Proof coin would be a great addition to any coin collection. Add this beautiful Star Trek Original Series Ships coin to your cart today!

The Klingon D7 Battle Cruiser was deployed during the 2256 Federation-Klingon War then served as the backbone of the Klingon Imperial fleet for several years during the 2260s. This ship was predatory in appearance with a long neck, head-like command pod and a spread-wing primary hull. Starfleet first encountered the Romulan Bird-of-Prey in 2266 when one crossed the Romulan Neutral Zone and destroyed several border outposts. (TOS: "Balance of Terror")