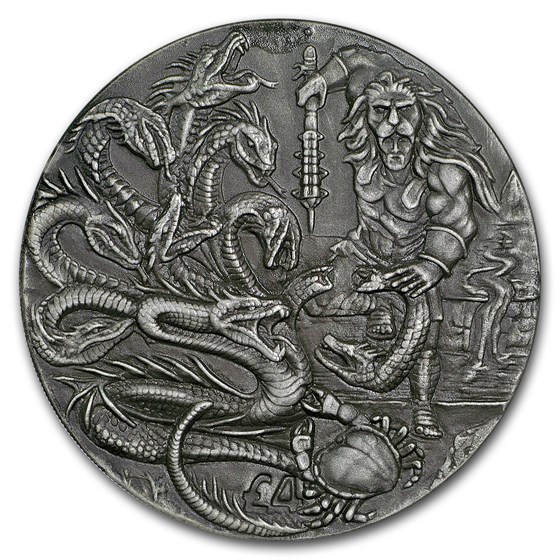 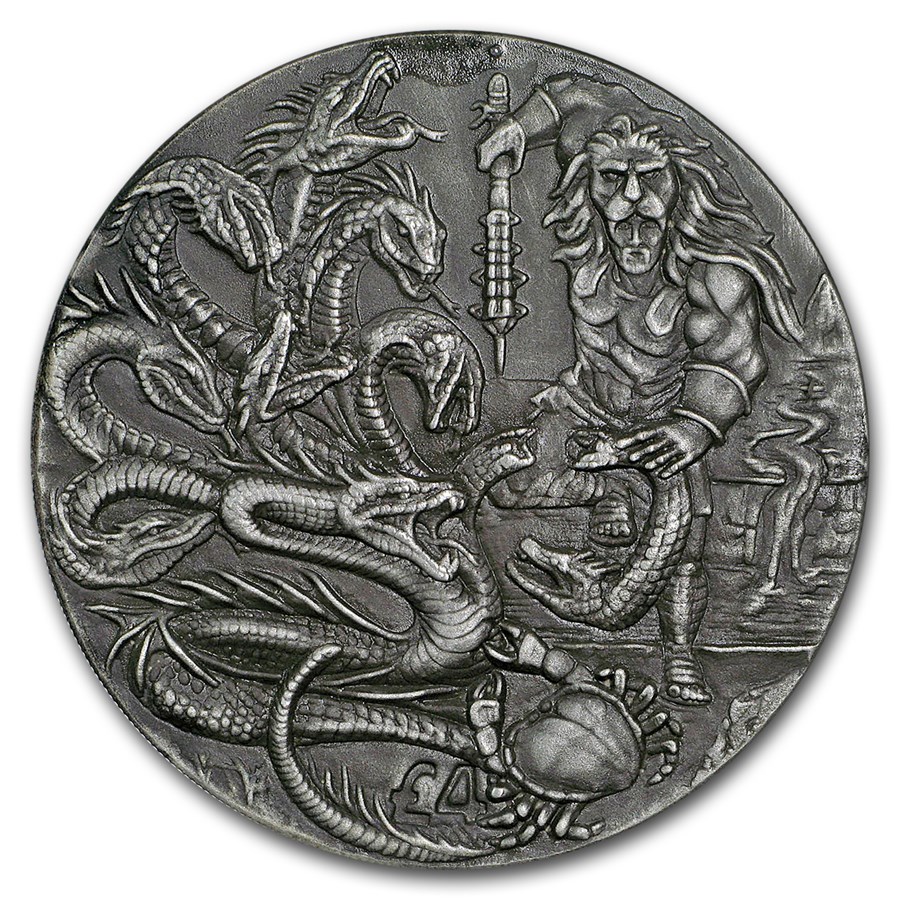 The famous stories with their monsters and scary creatures are known the world over and this stunning issue of five 2oz Fine Silver coins has been produced in High Relief with each coin being Antique Finished by hand bringing these amazing characters to life.

The story of the Twelve Labors of Hercules is well known all over the world. These were feats that Hercules had to complete over 12 years as a penance, feats considered so difficult that they seemed impossible. The second labor of Hercules was to kill the Lernean Hydra, a monstrous nine-headed serpent who terrorized the local countryside and attacked with poisonous venom. This monster was not easily defeated as one of the nine heads was immortal and therefore indestructible. The Hydra also had assistance from a huge crab which would bite Hercules’ foot. After removing and destroying the eight mortal heads by sealing the neck to prevent replacement heads growing, Hercules cut off the ninth head and buried it in the ground covered with a heavy rock.