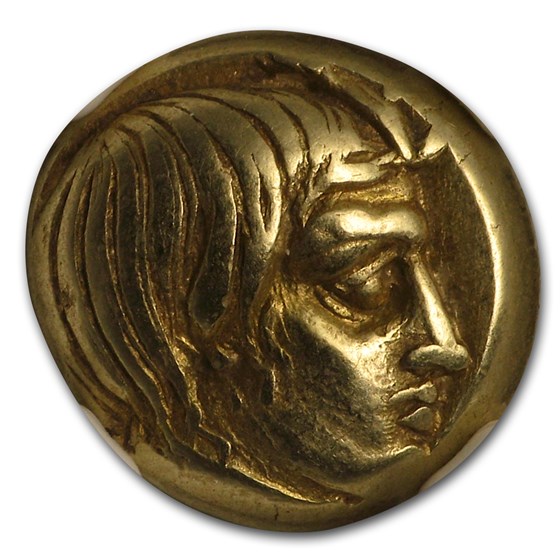 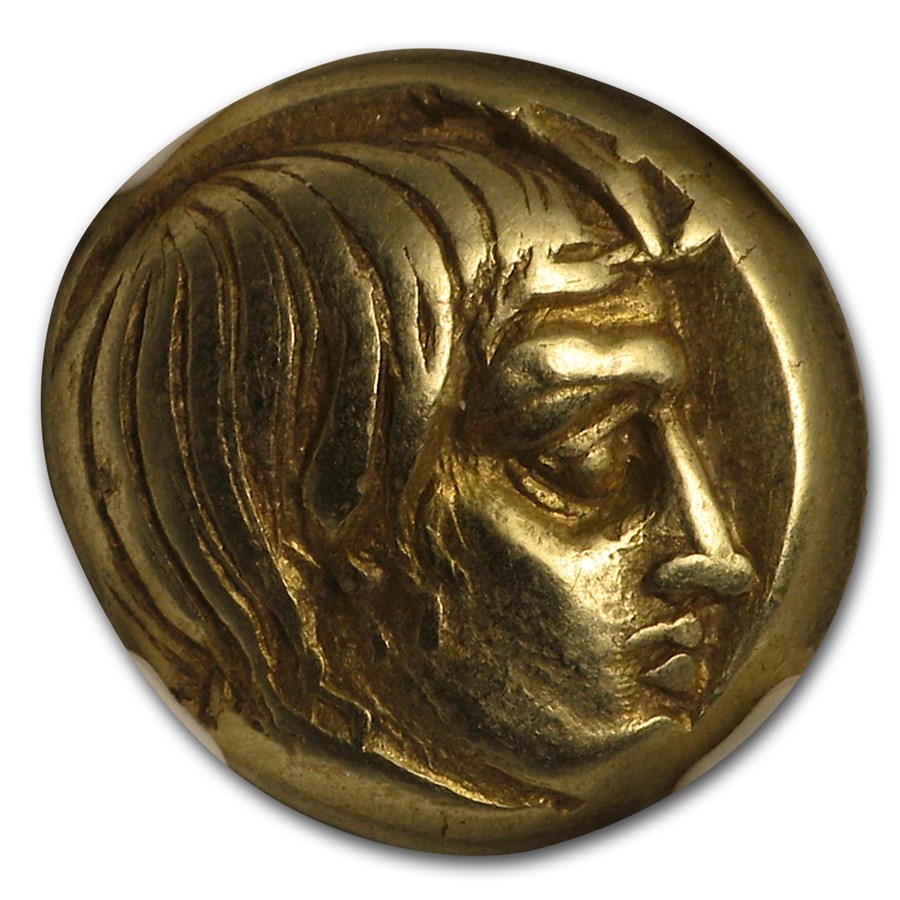 Product Details
Product Details
A superb example of ancient coin history, this specimen contains between 2.50 and 2.62 grams of Gold. This coin has all the sharpness of a freshly minted coin, but was struck initially between 454 and 427 B.C.

The obverse features the head of Aktaion with the horn of stag facing right, while the reverse depicts a facing gorgon, tongue protruding, within a linear square border.

In Greek mythology, Aktaion, otherwise known as Actaeon, was the son of the priestly herdsman Aristaeus and Autonoe in Boeotia. A Gorgon is a mythical creature portrayed in ancient Greek literature. Descriptions of Gorgons vary and occur in the early examples of Greek literature.

Mytilene, the ancient city, was initially confined to an island that later was joined to Lésbos, creating a north and south harbor. Mytilene was famous for its high output of electrum coins struck from the late 6th through mid-4th centuries B.C. The common denomination was the Hecte.

In addition to grade, other attributes of a coin’s condition, quality of manufacture, and appearance are described by NGC. NGC Ancients rates the quality of a coin’s Strike on a scale of one to five, with one being the lowest and five being the highest rating. Each point represents a 20% portion of the 5-point scale; thus, those designated by a “5” rating need not be perfect, as that rating incorporates the top 20% of the scale.

The primary considerations for Strike are centering, the strength of Strike, evenness of Strike, striking cracks, planchet imperfections, and die state.

See what APMEX customers are saying about Ancient Greek coins and more.