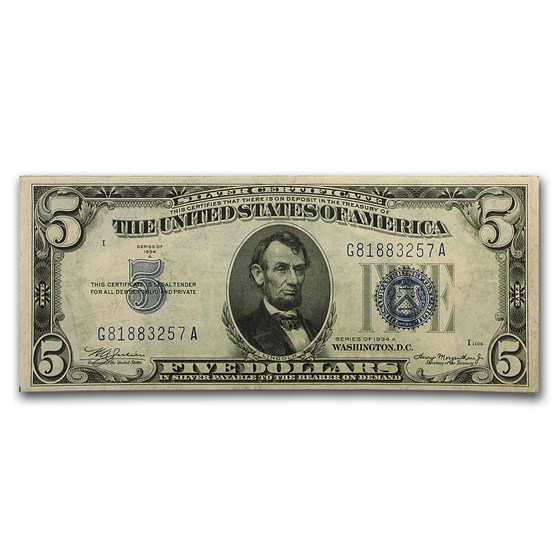 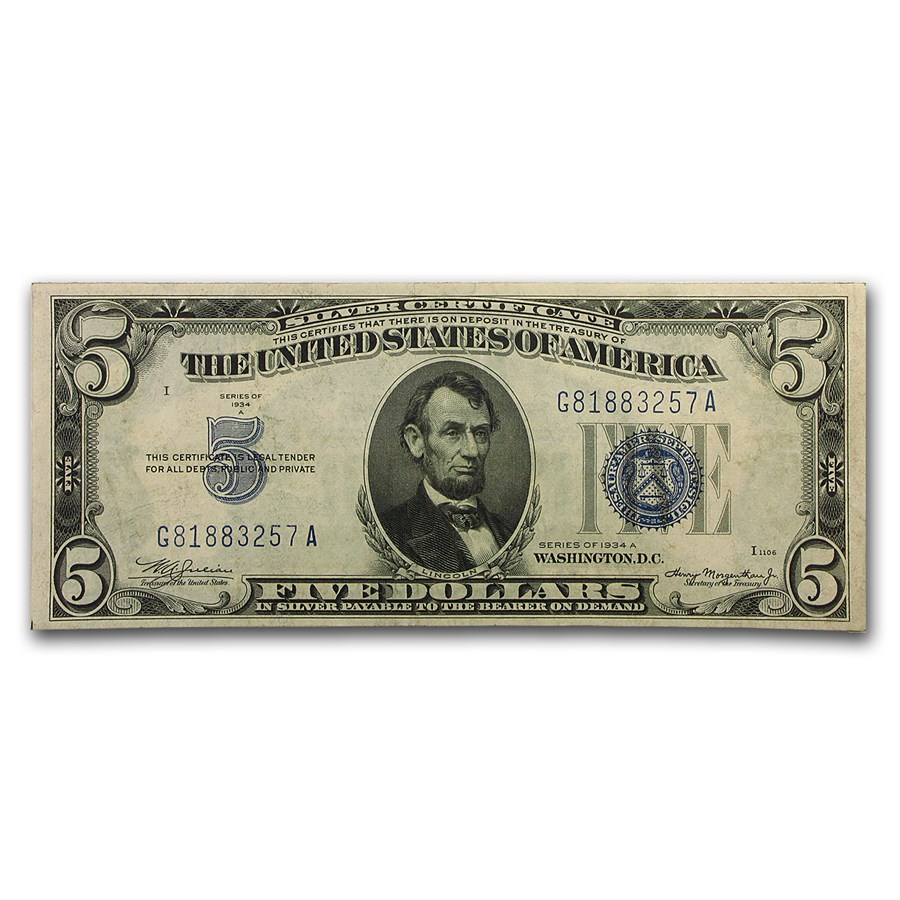 Product Details
Product Details
These are among the first of the small size $5 Silver Certificates. These notes were backed by Silver coins, and circulated freely until the mid-1960s.

Series 1934-A $5 Silver Certificates were printed in large numbers and saw heavy usage until the type was discontinued in the 1960s, so notes this well preserved are getting difficult to find.

Although they are still legal tender, their blue seals and serial numbers make these notes great collector items.