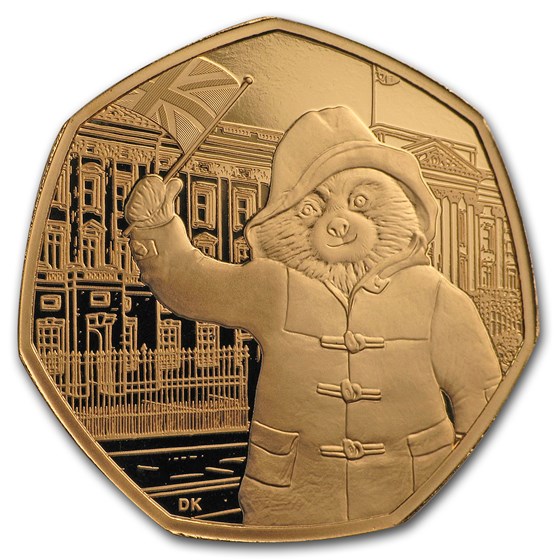 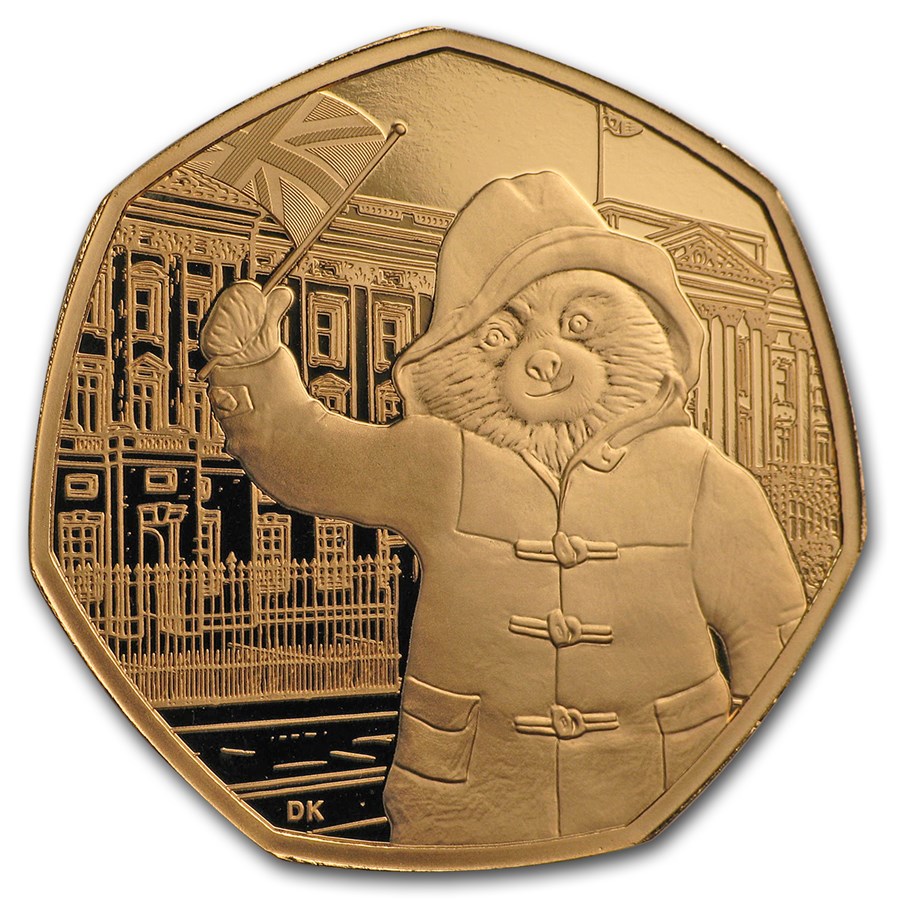 $2,070.19
As Low As
Product Details
Product Details
The Royal Mint is celebrating the 60th anniversary of Paddington Bear's adventure with a two-coin series. This second coin features Paddington at Buckingham Palace after meeting Her Majesty the Queen, and has a limited worldwide mintage of 600 coins.

Coin Highlights:
This two-coin series celebrates the 60th anniversary of the release of the book "A Bear Called Paddington". This second coin features Paddington at Buckingham Palace after meeting Her Majesty the Queen. Each coin is struck in 22 karat Gold, and finished to a Proof standard. Add this 2018 Great Britain 50p Gold 60th Anniversary Paddington Bear Buckingham Palace coin to your cart today!