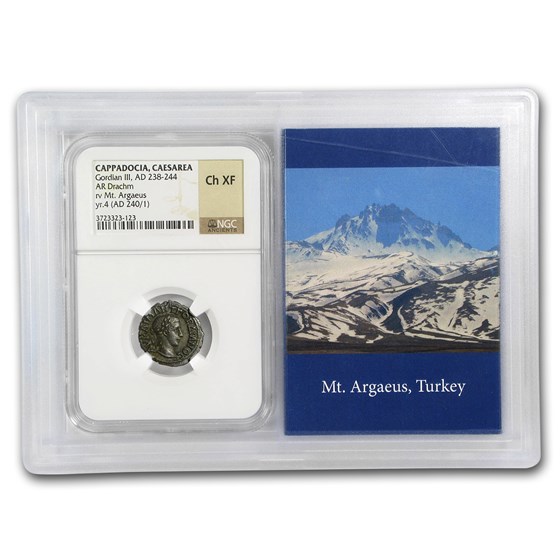 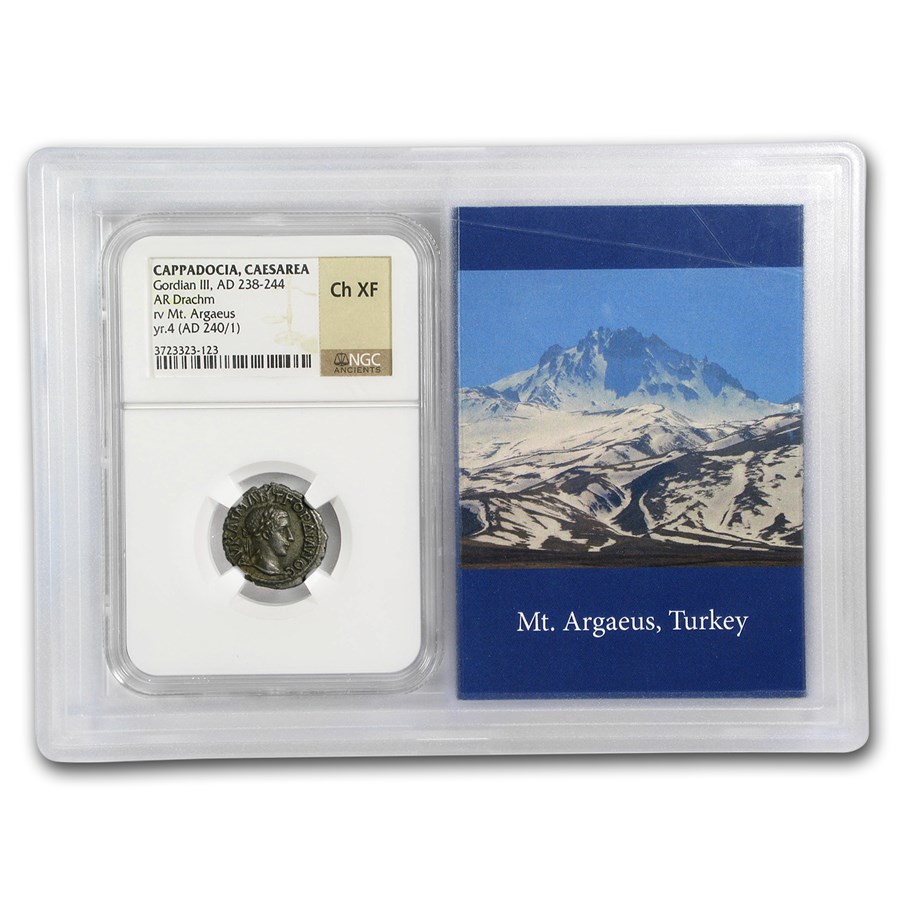 $159.99
Any Quantity
Product Details
Product Details
Certified Roman Drachm struck sometime during the reign of the emperor Gordian III (177 - 192 AD). The reverse of this coin displays Mount Argaeus, an important military landmark in Anatolia which aided in the defense of the Roman frontier.


Ancient Silver makes a unique addition to any collection. Add this Roman Silver Drachm coin to your cart today!