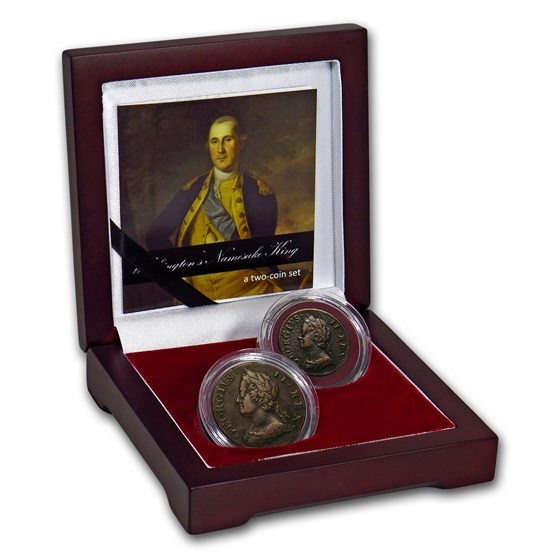 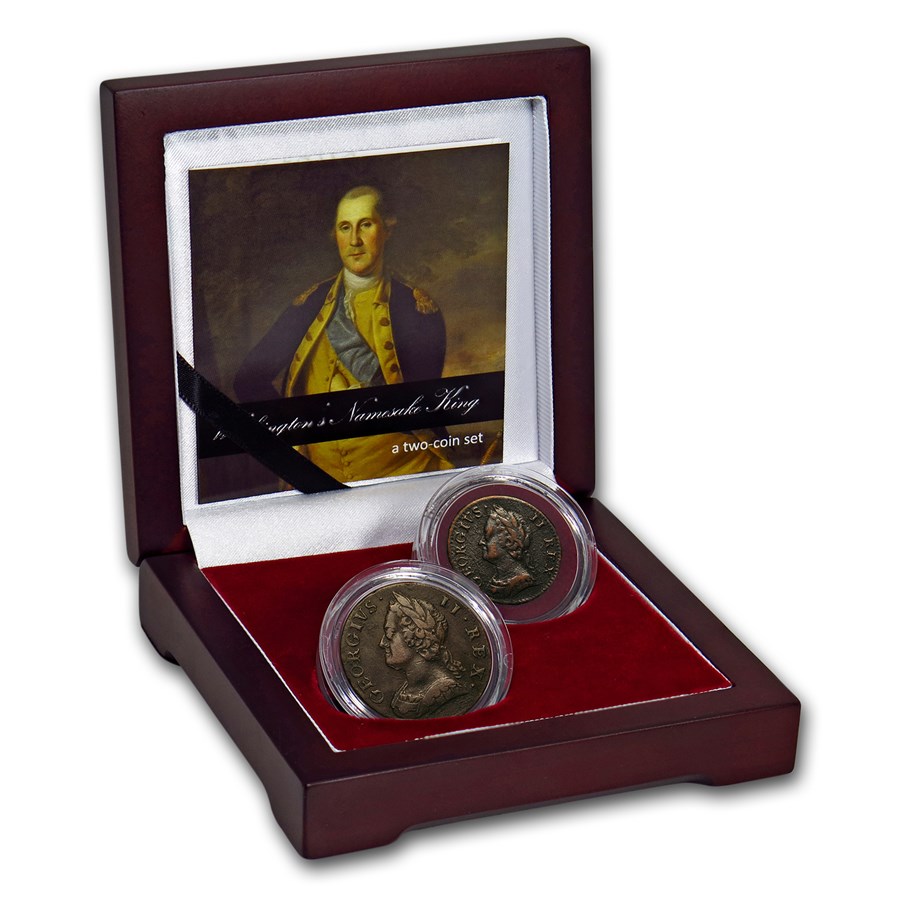 $2,052.09
As Low As
Product Details
Product Details
George Washington is the only one of Augustine Washington's ten children who was not given a family name. The first president of the United States was named for the second King of the House of Hanover, George II, whose long reign began in 1727.

Add one of these highly collectible and educational British 2-coin sets to your collection today.

George Washington would grow up to serve George II in the colonial army. He was adjutant general and military ambassador for the British crown to the French officials and various Indian tribes, all before he was 21. He then served during the French and Indian War, with mixed success. After the French defeated him at Fort Necessity in 1754, he surrendered, the only time in his military career this happened. As part of the terms of surrender, he signed a document stating, incorrectly, that he had assassinated a French general. The French used this as a pretext to expand the war with the British. The Seven Years' War, which Washington helped ignite, is known to historians as "World War Zero", because it was the first truly global conflict.

Washington's allegiance to namesake kings did not extend to George II's successor. It was George III whose tyrannical policies compelled colonial leaders to sign the Declaration of Independence in 1776, establishing the United States of America.