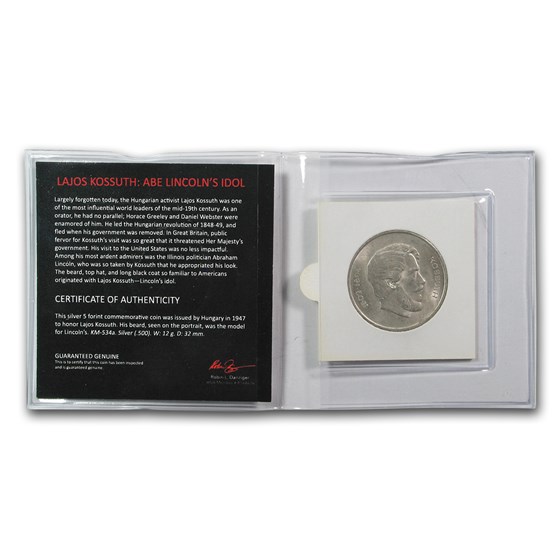 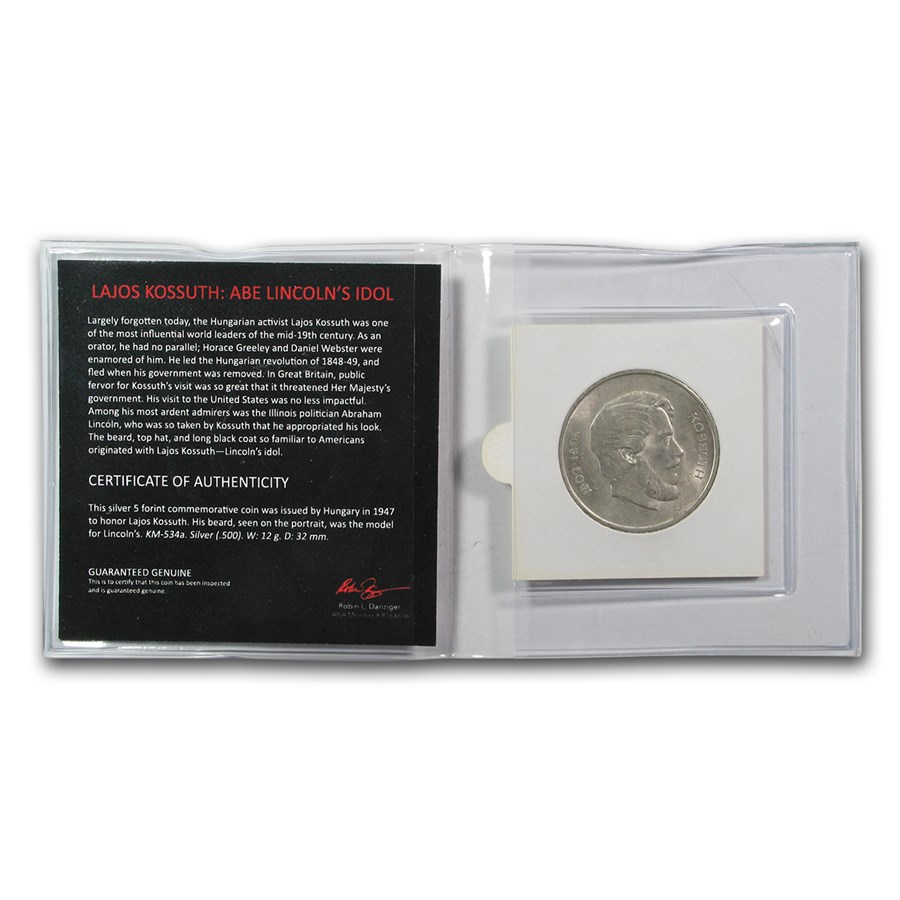 Product Details
Product Details
This 1947 Hungarian Silver 5 Forint coin was issued to honor the revolutionary Lajos Kossuth. Largely forgotten today, the Hungarian activist was one of the most influential world leaders of the mid-19th century.

Add one of these highly collectible and educational Lincoln's Idol: Lajos Kossuth albums to your collection today.

As an orator, Lajos Kossuth had no parallel; Horace Greeley and Daniel Webster were enamored of him. He led the Hungarian Revolution of 1848-49, and fled when his government was removed. In Great Britain, public fervor for Kossuth's visit was so great that it threatened Her Majesty's government. His visit to the United States was no less impactful. Among his most ardent admirers was the Illinois politician Abraham Lincoln, who was so taken by Kossuth that he appropriated his look. The beard, top hat, and long black coat so familiar to Americans originated with Lajos Kossuth, Lincoln's idol.