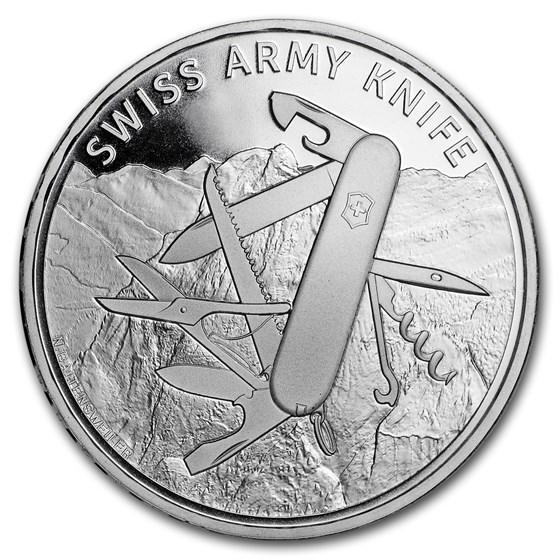 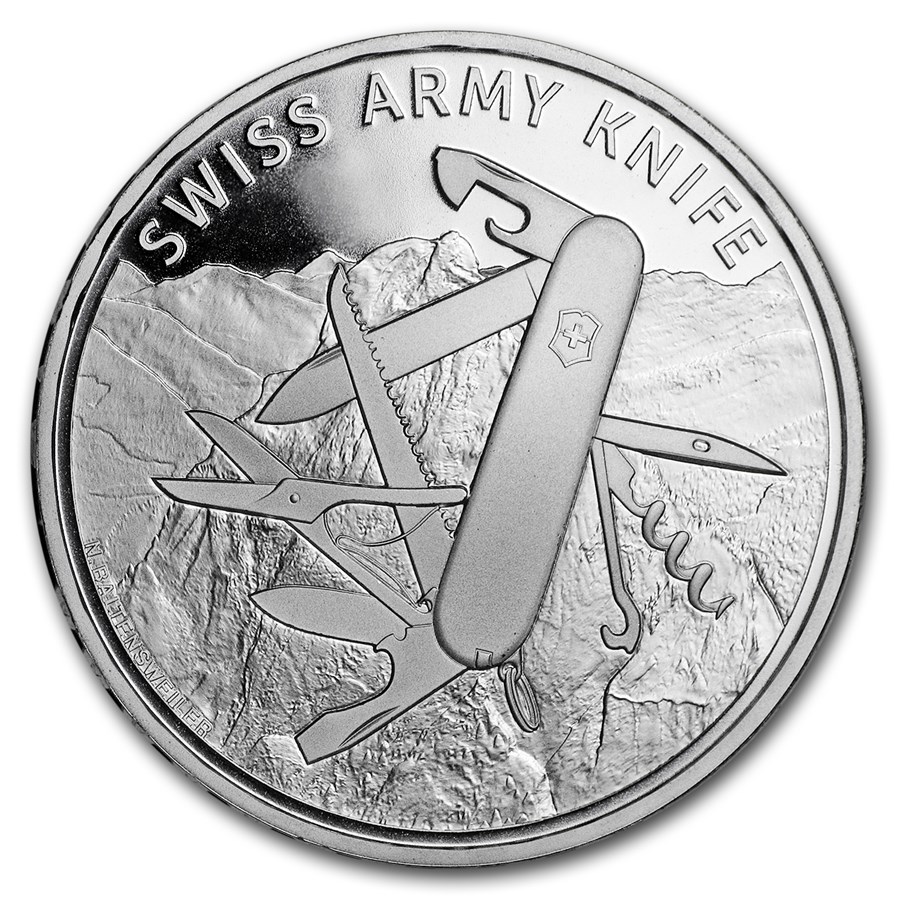 In 1891 Elsener invented the world-famous Swiss Army Knife and developed his knife manufacturing company into what is known today as the company Victorinox.

This beautifully designed Silver coin would make a great addition to any collection or investment portfolio. Add this Brilliant Uncirculated Silver commemorative coin to your cart today!

Karl Elsener founded his knife manufacturing business in 1884, but started delivering knives to the Swiss Army in 1891. The famous company emblem has been used since 1909, when Karl Elseners mother died and he named the company "Victoria" in her honor. In 1921 the term "inox" (abbreviation for acier inoxydable, the French term for stainless steel) was added and the company name changed to "Victorinox" (Victoria + inox), which is still the company's name today. Over the years Victorinox has sold more than 500 million knives, making it the biggest manufacturer of pocket knives in the world.