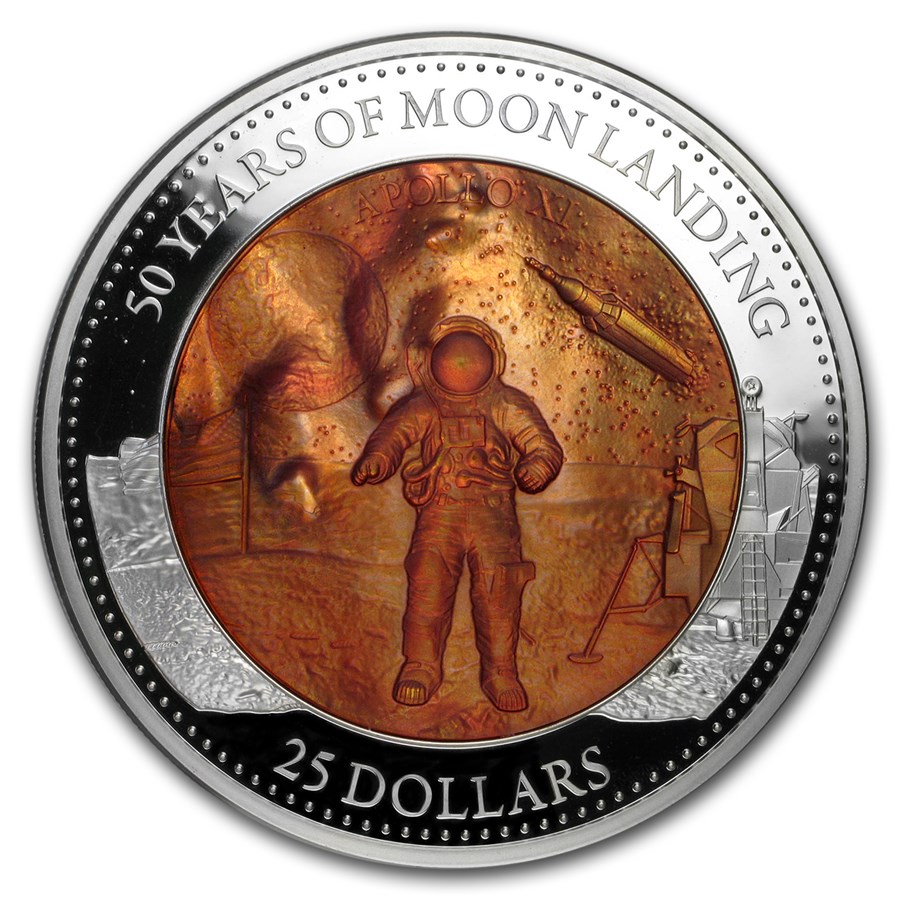 Coin Highlights:
This distinctly unique Silver coin is sure to be highly popular amongst collectors for its mother of pearl feature and its large size. Add this beautiful 5 oz Silver Mother of Pearl Year Moon Landing coin to your cart today!

The Mother of Pearl coin with its complex and sophisticated process of production is one of the most extravagant and demanded in the world of numismatics.