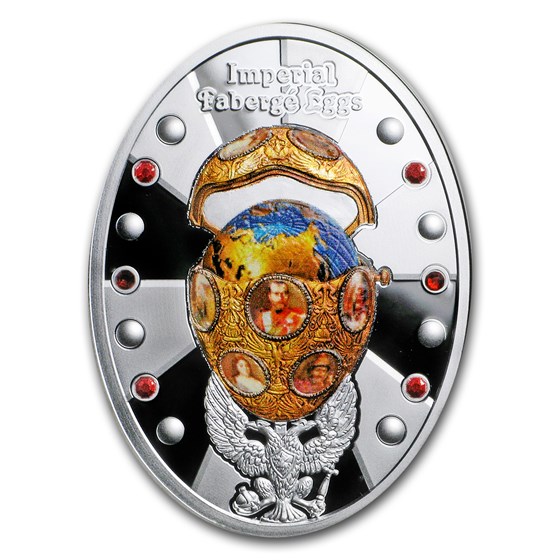 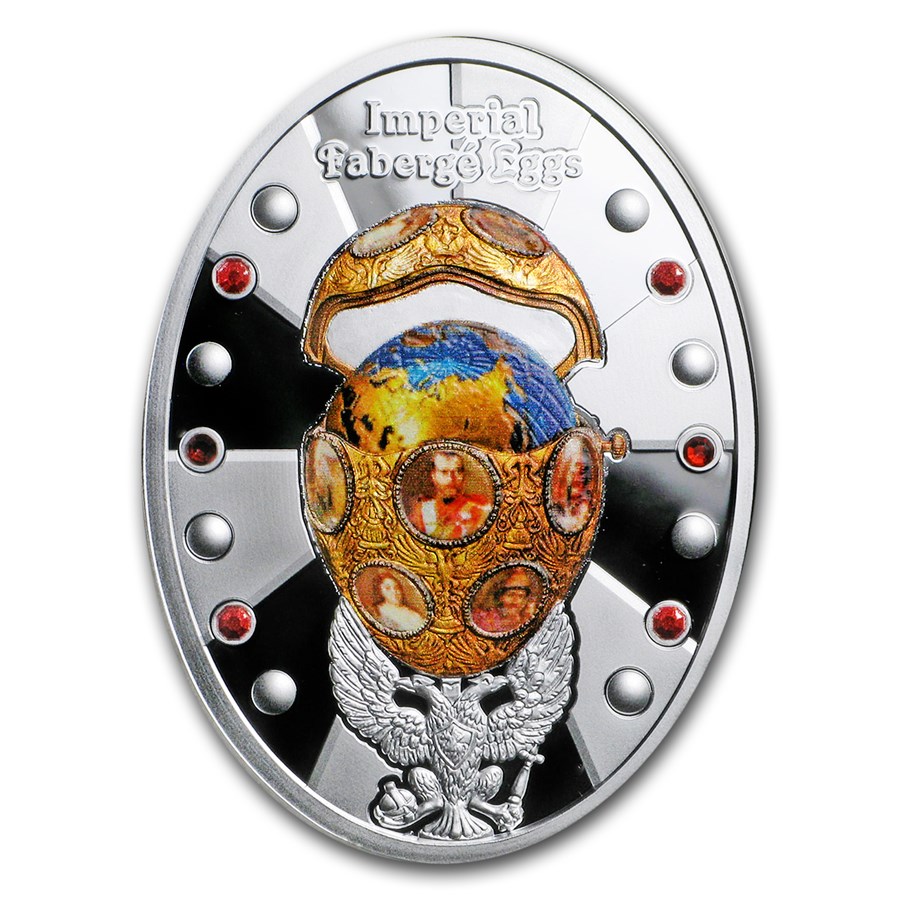 Your purchase is guaranteed to match the quality of the product shown. It will not be this exact item.
Product Details
Product Details
This beautiful design is the eighth coin in the Faberge Eggs III Edition series and has a mintage of 999 coins worldwide.

Romanov Tercentenary Egg”, the eighth element of the collection, was created at the beginning of 1913 and was a gift for the Empress Alexandra Feodorovna. This masterpiece of goldsmith art and style is rich in the symbolism of power, dynasty and state.