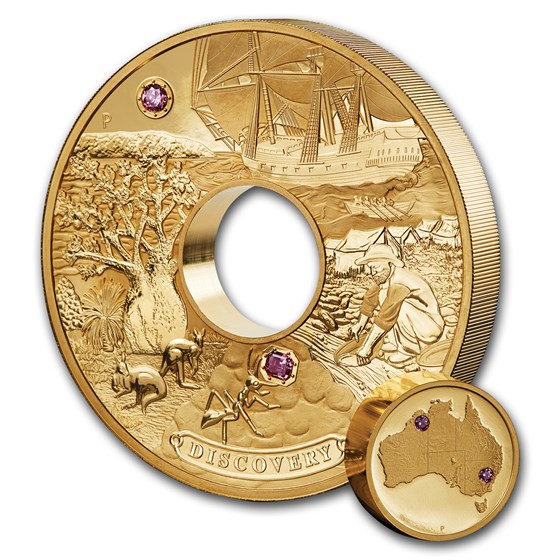 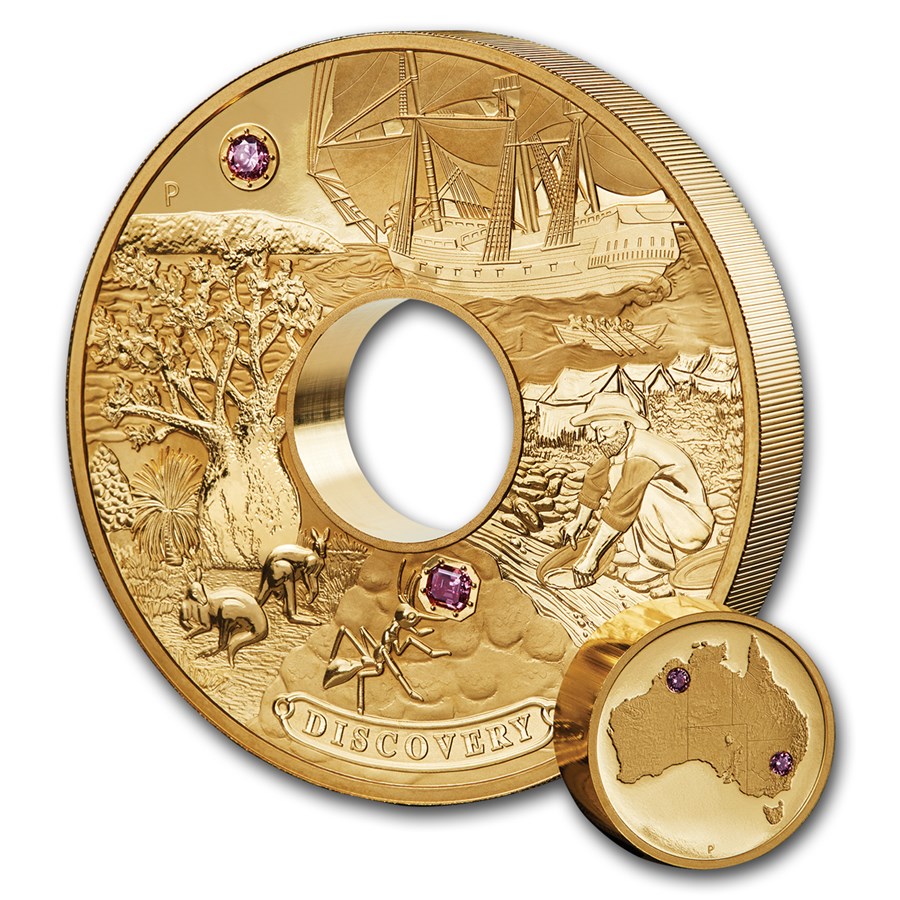 Your purchase will match the quality of the product shown.
Product Details
Product Details
With a mintage of one and valued at $2.48 million AUS, Discovery is Perth Mint's most exclusive and notable numismatic release to date.

Creatively inspired by the holey dollar which was introduced as Australia’s first official currency in 1814, Discovery combines two of Australia’s rarest and most precious elements. Every facet of its design is symbolic of the destiny and fortune pursued by early prospectors in their relentless search of Gold and diamonds.

Discovery is expected to command the attention of diamond connoisseurs, collectors and investors the world over. Call and chat with our team today!