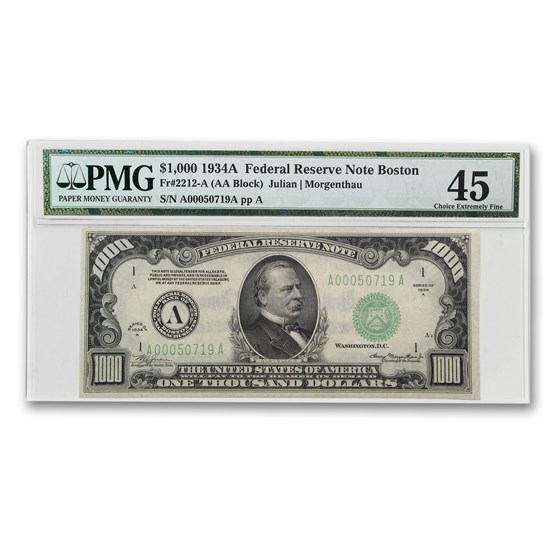 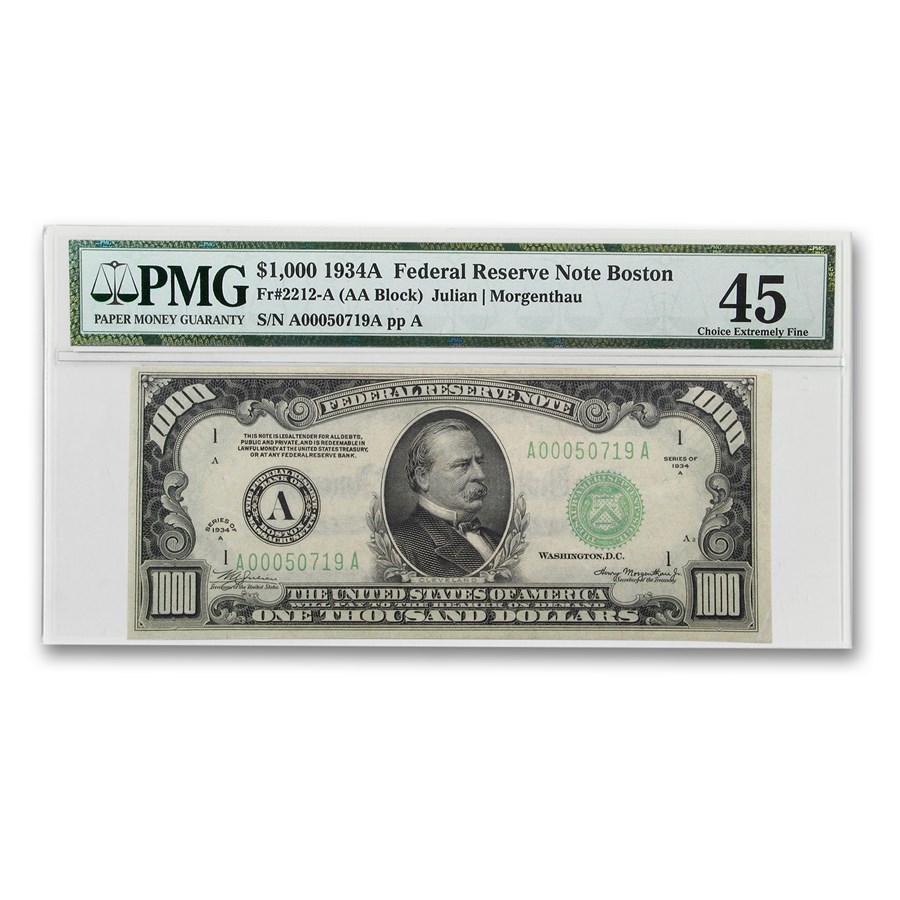 Product Details
Product Details
This $1,000 Federal Reserve Note is from the 1934-A series issued by the Boston district, one of the key districts in the series due to lower number of notes printed.