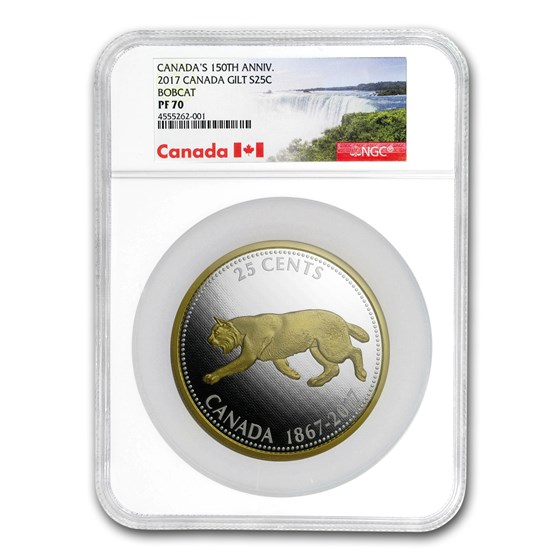 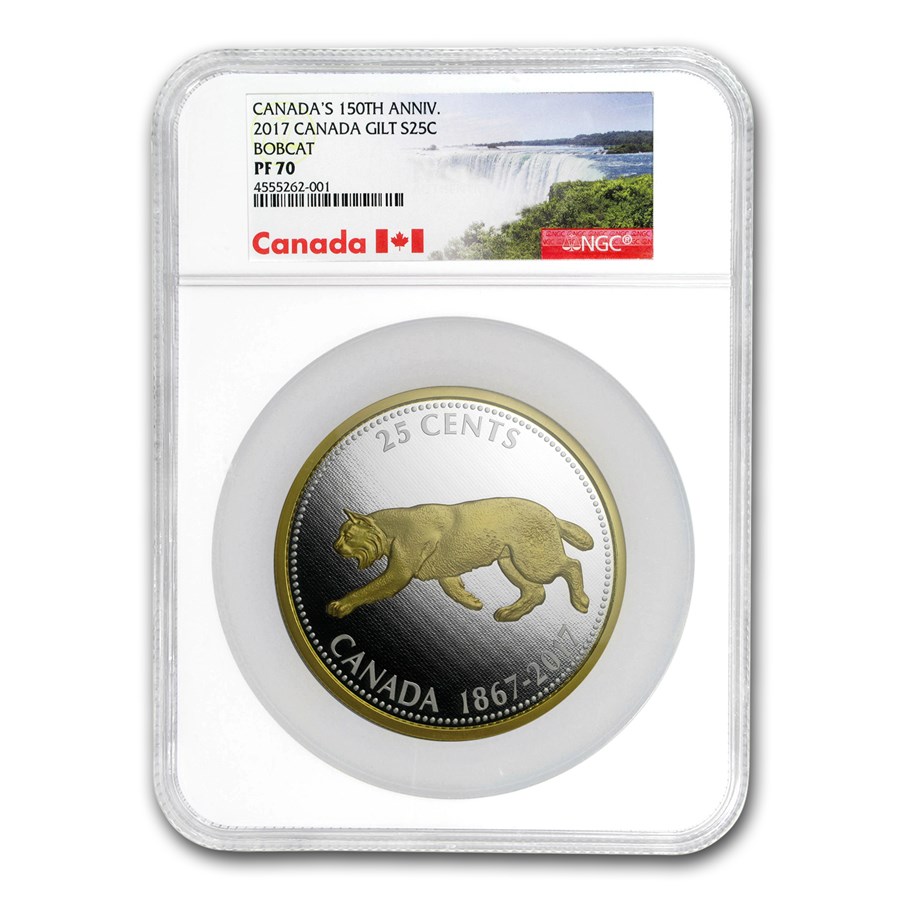 Previous coins in this series sold out very quickly, and given the popularity of the original designs, and a low mintage of 2,150 coins per denomination, this series will be highly sought after.

A great opportunity to revisit a proud moment in our history while celebrating another key milestone! Add this graded 2017 Canada 5 oz Proof Silver Bobcat coin to your collection today!

Fifty years ago, as a young nation celebrated its centennial anniversary, the Royal Canadian Mint issued a special series of circulation coins that are now regarded as some of the most iconic Canadian coins of all time. The fourth coin in this continuing Big Coin series faithfully re-creates Alex Colville’s concept for the ten-cent coin from the 1967 Canadian Centennial circulation coins, albeit on a much larger scale.

The reverse re-creates the beloved 1967 five-cent circulation coin design by Canadian artist Alex Colville, and features the side profile of a rabbit. Captured in outstanding detail, the engraved rabbit is seen mid-hop, its forelegs elevated as its strong hind legs propel it forward. The image is enhanced by the application of selective Gold plating over the rabbit and all along the coin’s rim. The reverse also features the engraved face value “5 CENTS”, the word “CANADA” and the commemorative dates “1967-2017”.