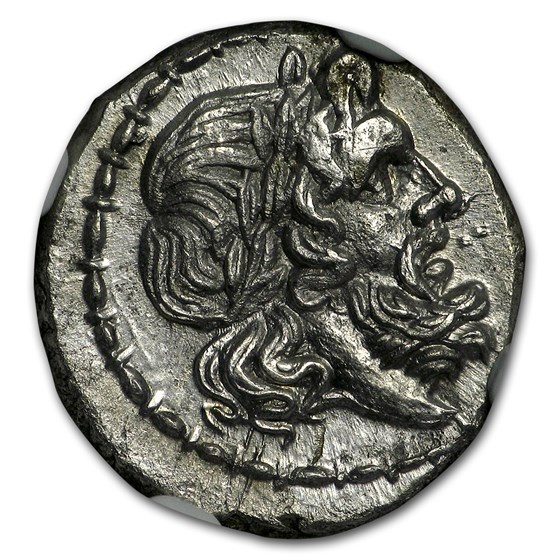 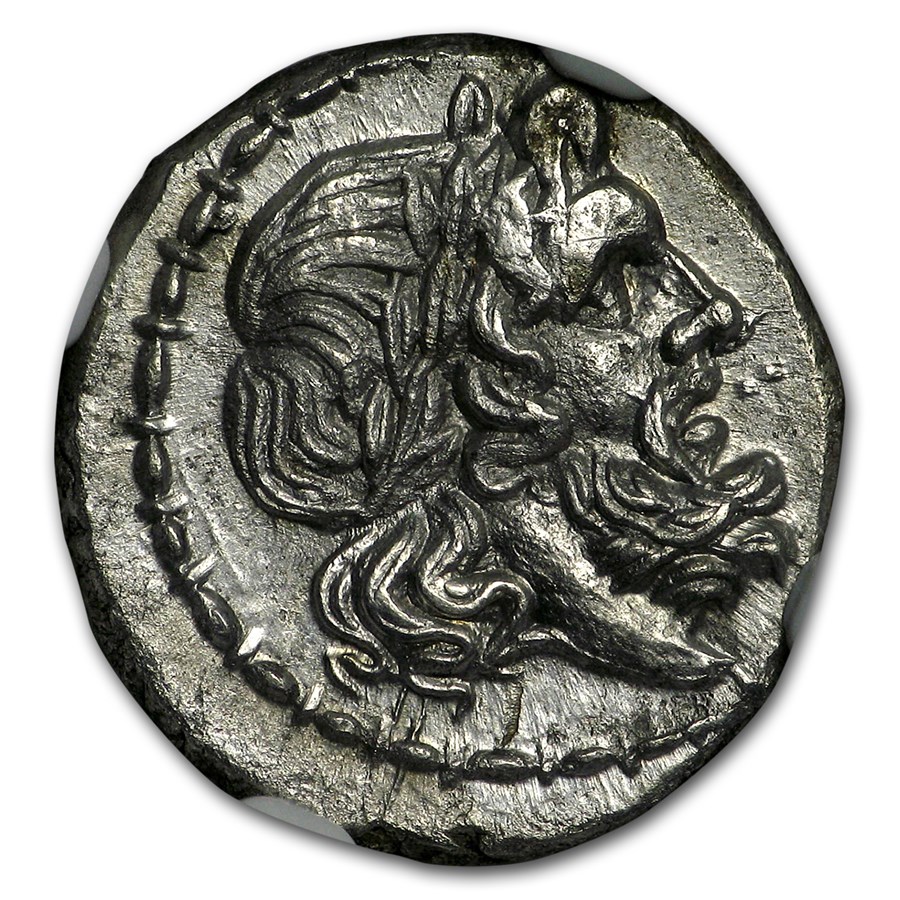 Product Details
Product Details
The war with Hannibal and Carthage nearly bankrupted Rome and in a move mixed desperation and guile in which all of the treasure looted from the Greeks was melted down to strike coins to pay the wary Roman Legions.

This is a great chance to own a coin that was made of Silver looted from the Greeks loyal to Hannibal. An amazing treasure coin to add to any ancient collection.

Ancient Silver makes a unique addition to any collection or investment. Add this Silver Victoriatus coin to your cart today!